"The Boys Are Back": an Aussie-Brit film about fatherhood (as a single parent) 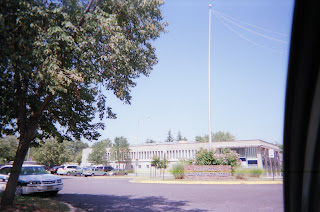 I’ve heard women say that men don’t do anything, just sow their genes and take charge. In “The Boys Are Back”, Clive Owen plays a sportwriter (Joe Warr) who leaves his wife and son in Britain, and seeks drier (not greener) pastures for a new career in South Australia, has married again and had a second younger son (Nicholas McAnulty). But by now he has become a real father, and husband: in the early scenes we see him tending to his wife’s needs as she dies of widely metastasized cancer. Then he is a single dad, in a big ranch house, and with his career covering tennis and swimming. He reminds me of Jerry Maguire.

His older son Harry (George MacKay) comes to stay with him on the ranch, which looks now like a kind of Drohega. Joe says he doesn’t like many rules, and has some issues with disciplining his sons. Pretty soon, he has to travel for work, and winds up leaving the boys alone. For some reason, the neighborhood kids come over and throw a wild house party, even as Harry is trying to be a good half-brother.

I’m reminded that there is a film called “Slices of Life: The House Party” that written and shot by high school students at the Arlington VA Career Center back in 2003.  (The sequel is "Slices of Life 2: The 50-50 Club", and I acutally saw the students edit it when I worked a sub). The Party has consequences there with the police, but less obviously so in this Aussie film, until Harry wants to go back to Britain. When Joe follows him, he has to deal with the fact that Harry doesn’t want to see him at all, and that Harry thought he didn’t even care about him when Joe left Harry’s mother for a new life.

We wind up with a male household, with no women; and men don’t do much until they know they have to.

The film, from Kino and Miramax (and with British and Australian financing) is directed by Scott Hicks. As always, Australia is an expansive place, dry and California-looking, especially in Cinemascope.

MSN had a piece on fatherhood today (Dec. 6, 2010) that I thought I would pass along, here. But the tone of the piece ("7 moves that will make you a better dad") was a bit off-putting and suggested that kids or teens need to have their dads teach them, as part of socially necessary assertiveness, to stand up to people, even bullies or at least those who tease or haze, as part of growing up. That doesn't fit the current buzz on these topics.

For the first time that I’ve noticed, Miramax has a musical signature for its trademark.

The official site for the film is here. The film is adapted from the "non-fiction novel" by Simon Carr, "The Boys Are Back In Town".