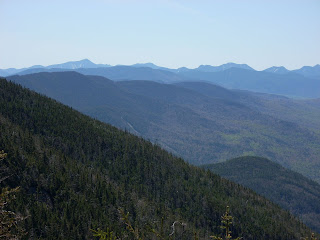 A much earlier film from John G. Young on Strand (and Black Brook films) is “Parallel Sons”, dating from 1995. This film is set in the Adirondacks, and shows some spectacular footage of the High Peaks region toward the end, although the area is not as close to the Canadian border as the plot of the film requires.

Seth Carlson (Gabriel Mann aka Gabriel Mick) is a (white) twenty year old would-be painter living with his (racist) Dad and younger sister; Dad resents his desire to go to NYC for college on a scholarship because that would imply Dad couldn’t support his family. You get the idea.

Seth has a gril friend Kristen (Heather Gottlieb), who is puzzled by his rejecting her advances. He works as a waiter at a nearby greasy spoon, and is often late for the main meal, breakfast. One day, an escaped con (African American) tries to rob him as he is closing up. But the guy “Knowledge” (Laurence Mason) is wounded himself and ill. Seth takes him back to a family cabin and nurses him back to health, and they develop an emotional bond, and a “relationship” of sorts. (There is a scene two-thirds into the film that would work if Seth’s shirt had buttons.) But the sheriff (Murphy Guyer) is on to all this, and pretty soon there is an escape, with tragic results. I’m not sure I really buy the relationship.

The screenwriting does up the ante toward the end and make you wonder what will really "happen", but what "should" happen?  Too bad, I'd have liked to see Seth become a painter.