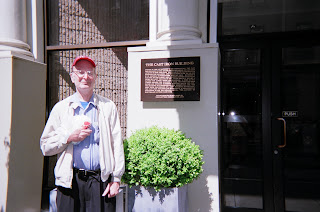 The part about wanting to get away from “The City” is interesting. I lived in New York myself from 1974-1978, and sometimes I had those feelings, as did others (I remember this coming up at a particular brunch at the Ninth Circle in November of 1974, just after I had moved into the City).