"I've Loved You So Long": French drama about family responsibility in simultaneous directions 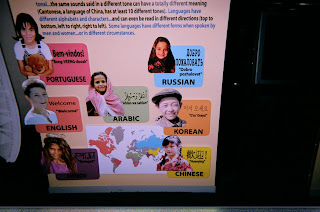 The French drama “I’ve Loved You So Long” (“Il y a longtemps que je t’aime”), directed by Phillippe Claudel (Sony Pictures Classics), in a way fits into a set of American dramas about family responsibility. But this one is particularly about forgiveness, and reassimilation.

Juliet teFontaine (Kristin Scott Thomas) has gotten out of prison after fifteen years and is taken back to the country family home by her loving younger sister Lea (Elsa Zylberstein). We learn she was a doctor and had been imprisoned for killing her six year old son. Frankly, it seems to show more integrity to let the audience in on the obvious: the son had a fatal cancer, and she ended his life, she though, out of love, not fear (she was no Susan Smith, but is sometimes treated that way). She gets a probationary (three weeks trial) appointment in medical records at a nursing home – she can’t mention she had been a doctor, but her boss cajoles her about being more “open” and the need for “unity” in the office (a lecture that is a bit offensive).

Later both sisters visit their mother in the nursing home. The mother doesn’t appear that ill, and rejects the younger sister’s posturing. (“Don’t call me Mom! [As if to say, who ever heard of a child not wanting to care for her parents?] Then she tries to embrace Juliette, who also resists, in a scene with demonstrable awkwardness of body language.