HP7 Part 1: Go on a nighthike and meet the Deathly Hallows 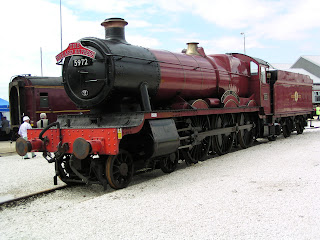 As for the long and somewhat bloated “Harry Potter and the Deathly Hallows: Part I”, (directed by David Yates), well, there is some housekeeping to say first. I thought the title was grammatically wrong, but then I realized that the intrusive adverb would be “dealthily” (an extra “I”). The other thing is that Part 7 of the J. K. Rowling franchise is a sub-franchise itself: it takes two 150 minute films to depict the last book. Trademarks lawyers in both the US and Britain will love this.

I really don’t mean to spoil cold water on it; the film has a lot of interesting stuff, and leaves us dangling as Part I ends, abruptly. The look of the film is more like “Lord of the Rings” than any of the predecessors (the elf reminds me of the golem in LOTR), without so many massed battle scenes or towering peaks (Scotland, after all, can only take you to a bit over 4000 feet). In fact, the countryside looks like an amalgamation of all the settings you study in English Literature 201, particularly Thomas Hardy, with some throwbacks to the Elizabethean look down to theaters with proscenium doors. And the newspapers that perform as Apple Ipads. It seems to me that HP's Britain very much exists in a parallel universe, maybe even a "weakless" one (which could not have nuclear weapons).

There are enough summaries of the story around, and this is no place for spoilers (after all, it’s just Part I), but the idea of interchangeable bodies and identities crops up, near the beginning (where Harry is disguised by replicants, as if this were Blade Runner), and again toward the end as he is taken to the hallows, his face distorted by special effects but still recognizably him. Now, in my own screenplays, I experiment with trading consciousness: in general, an “angel’ can experience(in a dream or trance) the “consciousness” of a person contracted into the angel (by a virus, or sometimes at rituals that I call “nighthikes – and there is a “nighthike” toward the end of this film – Part I, that is). The contracted person experiences the ultimate high of upward affiliation but loses himself otherwise. Now, I haven’t read Rowling’s books and I don’t know if this is her idea, but it “bloody well” could be from what I saw in the movie – especially in the wonderful monochrome animated segment where the “death angel” offers three ways out (the “Dealthy Hallows”), all of which eventually fail (even the “Cloak of Invisibility”, as if to slam “don’t ask don’t tell” politically), as well as the Elder Wand and Invisibility Cloak. (Kids: you;ll have to name the three Hallows on your next English lit. exam; remember the scene with the literature professor in "Blood of Dracula" (1960)?) There is also an effect with a lake and an island that reminds me of a similar location in the Third Dominion in the middle of Clive Barker’s “Imajica”.  I also have a concept of the "death angel" as stopping your consciousness at the ritual, leaving you to spend eternity in remembrance of the past (sort of what the mountaineer endured in the film that I reviewd yesterdat).

We’ve grown up with Harry and Daniel Radcliffe; the real actor is 21, and the movie script tells us that Harry is about to turn 17. But immediately we see a homonynonous pun on Harry’s first name; shall we say, that at 5 feet 8, Harry looks very much like a grown man when shirtless (although now he looks conspicuously shorter than most of the other characters). And he can dive and swim in ice water, too.

Radcliffe, Rupert Grint (who, as Ron, provides the nerd Harry with some military style male bonding) and Emma Watson (who now provides Harry the first signs of heterosexual romance) have all passed into their twenties, so I don’t know who Britain’s wealthiest teens are now. In the US, so has Zac Efron, leaving me to wonder if Taylor Lautner is America’s wealthiest teen.

Here is Warner Brothers’s HP7 site.  (WB Casablanca music missing from intro, so here it is, again. I love piano concertos.  By the way, in the soundtrack [by Alexandre Desplat and John Williams], my ear picked up a couple of themes from the symphonies of Estonian composer Eduard Tubin, and they work.

Wikipedia attribution link for HP locomotive picture
Posted by Bill Boushka at 6:36 AM