"The Good Heart": Paul Dano gives of himself to a tragic irony 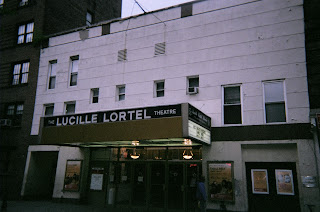 “The Good Heart” opens with a scene of a young homeless man Lucas (Paul Dano) caressing a feral cat inside his little shanty. In full widescreen, it gives us a sense of what barebones clapboard shelter is like.

Then we see Jacques (Brian Cox, from “L.I.E.”), alone in his flat, grabs his left side as he has his (we learn soon) fifth heart attack. Then we vaguely see Lucas cutting himself.

Pretty soon Jacques and Lucas are neighbors in the hospital. The nurses wonder why Jacques doesn’t just die. Lucas talks about his inability to be one of the fittest, but the hospital staff talks about the safety net that keeps him surviving. Lucas wants to pay back with his organs. Note well -- foreshadowing.

Soon, Jacques is taking Lucas in, and giving him a job tending bar, so he doesn’t have to close it. It has this player piano that can render Liszt’s La Campenella (G# minor). But Jacques has his crazy ideas, curiously anti-gay, and he won’t allow new customers at his bar. (Who ever heard of that?) And “a bar is no place for women.” In the mean time, Lucas is always talking about helping people, which Lucas did for him.

The film has a chiseled look, with its sepia colors and dingy sets. It moves quickly from scenes after making its points.

Finally the doctor talks to Jacques about what being on a waiting list for a heart transplant entails. “Someone else dies so that he can live.” Oh, yes, give up all smoking and drinking. Being able to follow crazy rules is a good thing.

Magnolia's website for the film is here. The film is directed by Dagur Kari and the indoor scenes were filmed in Iceland, Denmark and France, even though the setting is NYC (maybe in a parallel universe).  The bar reminds me of Mendel's in Soho.

Dano’s acting and role reminds me of his more recent film, “The Extra Man” (Aug. 22, 2010 here). He always comes across as gentle and vulnerable (even as a preacher in “There Will Be Blood”). In this film, you see him grow and become assertive – until a tragic and ironic end generating the title. I actually don’t “like” the end. Jacques doesn’t “deserve” it.