"Fair Game", for cannon fodder as well as exams 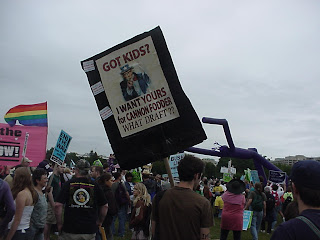 Back in 11th Grade English, the teacher said that anything said (about the Puritans, the Transcendentalists, etc) in class was “fair game” for tests. (I’ve already noted we needed to know what Calvinism was for the final.) Well, the title “Fair Game” applies to a CIA agent, Valerie Plame Wilson (Naomi Watts), who was “Fair Game” as cannon fodder for George W. Bush’s decision to go to war in Iraq to vindicate his Daddy.

We know the story. Valerie’s employment was outed (or leaked to the press) by a rogue Bush administration aide after her husband Joe Wilson (Sean Penn) wrote a New York op-ed piece about not finding yellowcake in Niger when he was sent there (link ).

Also, Joe Wilson should not be confused with Charlie Wilson, a congressman who was the subject of a similarly spirited film from Mike Nichols and Universal in 2007, “Charlie Wilson’s War”.

The film’s many scenarios and little subplots, in Kuala Lumpur (opening), Amman, and Baghdad, points out what I guess a CIA operative really is supposed to do – offer “duck and cover” protection to moles and witnesses. Valeries was tough enough for the job on her own, and so it seemed hard to believe that the Bush administration would play the nepotism game and send her husband out on a similarly motivated mission. It sounds too obvious, and risky, to be believed. I have a novel manuscript where two men (a college-age gay man and a 30-ish straight family man) become a “tag team” of “brothers” drawn into an intelligence plot (regarding bioterror, of sorts), and one of the problems in writing the novel is figuring out what each partner really would have found out because of his own special wits. But in the movie, the CIA ops seem gratuitous, thrown at operatives by the Bush administration willing to see what charges against Saddam Hussein would stick. In real life, intelligence sometimes flows in unexpected little bits, sometimes to ordinary people (bloggers) without clearances. I've gotten my share of tips volunteered to me.

There’s a scene at Wilson’s house, a dinner party, where the grownups talk about “work” – improbably in real life. The kids must be in bed for a sleepover. By then, Wilson has turned more than a bit Leftist. Earlier, he has called Saddam a monster who will let average people die to protect royalty. He also gives a speech to college students at the end where he says that democracy doesn't come free, and searching for and speaking the truth is the responsibility of every citizen. It sounds good for bloggers.

The film, directed by Doug Liman, looks sharp in full 2.35:1 (it played to almost a full house at Landmark E Street large auditorium tonight, with applause). Summit Entertainment distributed the film produced by Participant and Riverroad, and again Summit is to be commended to sponsoring or picking up dramatic films about important events and issues. (Summit’s trademark needs a musical signature.) Summit embedded its official site without a special link, here.

The film has some embedded footage of the “Shock and Awe” over Baghdad, which I watched live at the Bryant Lake Bowl in Minneapolis on March 19, 2003.