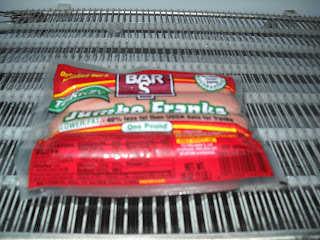 Actor Gregory Smith, who played the piano prodigy Ephram in the WB series “Everwood,” has ventured out as a producer, listed as such in the credits for the Sony Pictures comedy “Wieners”, directed by Mark Steilen, with a theatrical release in 2008 by Sony Screen Gems (and Destination Films). Somehow the title brought to mind "Thelma and Louise" and even "The Adventures of Priscilla, Queen of the Desert". 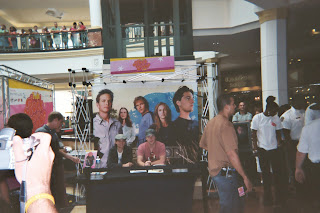 The setup is satire and then almost slapstick comedy. Dr. Dwayne (Darrell Hammond), an obvious caricature of Dr. Phil, publicly humiliates Joel (Fran Kranz) on his shoe, wondering how a college graduate could do so poorly. (The economy, stupid – a good point, potentially.) Joel doesn’t look so bad in that scene physically.
But soon he teams up with pals Wyatt (Kenan Thompson) and Ben (Zachary Levi) to make a cross country road trip in Wyatt’s Wiener Wagon (I thought of Ayn Rand’s “Wyatt’s Torch”) to LA to storm on to the Dr. Dwayne set and “beat him up.”  The Wiener Wagon is cute to look at, maybe a bit phallic; the guys try to give away the hot dogs, until they get pickppcketed, and then they have to sell the wieners like they were Trump Apprentice candidates.  (But there's no one to fire them.)

Joel starts looking a bit unkempt during the trip, but it’s Ben who spices things up. Most of us know Zachary Levi as the clumsy, gentle and shy giant (and macho-looking) nerdy “Chuck” in the NBC comedy series (enlisted as a spy because of an unusual ability and incident in college, and usually wearing a dress white shirt not tucked in). But here, well, yes, he dances in one bar scene on the trip, and unfortunately, he’s “thmooth”. He must have been rendered for this movie. He just looks wrong. There is a sequence where he writes on the belly of another guy, which makes Joel “suspicious.” It’s only in the end credits that we learn that Ben is officially gay. (Chuck is straight, but the NBC series would work even better if he were gay.)

Chris Pratt (who played "Bright" alongside Gregory Smith in "Everwood") has a brief role in this film. Pratt and Smith both appeared at the King of Prussia Mall near Philadelphia in August 2005.

This film (93 min, R) was shot in Utah, although the Hollywood sign and Capitol Records appear at the end.