"Encounter Point" is the predecessor of "Budrus" 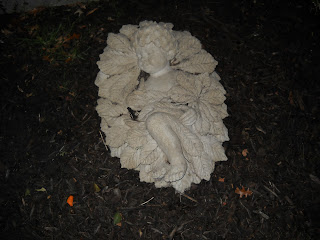 
The documentary traces four people who risk their social standing and family safety to create a grassroots movement for peace and non-violence between Israel and Palestine. The characters are an Israeli settler , a Palestinian ex-prisoner (with a wounded teen brothr), an Israeli mother and another wounded Palestinian.

Early, the film shows a forum center in Tel Aviv.

The film shows a lot of the cityscapes and countryside in both Israel and Palestine, sometimes in unusual rainy weather.

The film does explain that land has been expropriated from Palestinians, creating a sense of personal shame that leads sometimes to ideology that endorses suicide. But Israel, a woman says, must be determined in protecting its security because otherwise, given its history, it will not survive.

The older Israeli settler says that at one time the English, French and Germans hated each other as much as the Israelis and Palestinians.

In one encounter, Palestinians are asked how they feel about individual Israelis living in the West Bank settlements.

In one meeting, an attractive young Israeli discusses the draft, and how he went to jail avoiding it as a conscientious objector, based on non-violence. Others try to dodge the draft in Israel with “psychiatric” problems (but Israeli does allow and require gays to serve in the military).

“People on the Left or Right see things clearly. But, if like me, what you see takes a full page, how can you make a bumper sticker?”

The chamber music score is by Kareem Rouston.

The official website is here.  The distributor is Typecast, which appears to be related to Balcony and Strand (all the companies have the same trade dress and release mostly politically controversial films.)

The DVD has substantial extras, including a group meeting, and six short segments on some of the people, including Yousef, Shlomo, Bat-Chen, Roni Hirshenson, Sarah Karajeh, and Riyad Faraj. Hirshenson makes an interesting comment about draft evasion, even for conscientious reasons. He says that societies have to have rules and impose obligations on people so that they can survive as a group. That way of thinking goes over less well in the US than in Israel, but is common in most conservative religious doctrine in any faith.