"Cool It": Controversial and charismatic environmental skeptic Bjorn Lomborg is very much the star 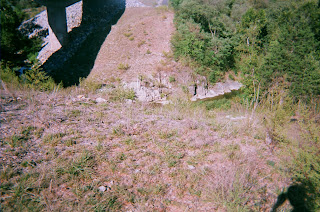 The film “Cool It”, from Roadside Attractions and director Ondi Timoner, is more or less a biography and show-and-tell of and by charismatic Danish professor and environmental scientist Bjorn Lomborg, whose 2008 book “Cool It: The Skeptical Environmentalist's Guide to Global Warming” was reviewed on my book review blog Feb. 11, 2009.

The film indeed makes Lomborg look charismatic: he would have been about 43 when the film was made, but he looks more like a very fit 30. He’s very much the star of the film. The only details about his personal life are that a very loving mother is in a facility (apparently in Denmark) with mild dementia.

The film also globetrots, showing him riding his bike around Copenhagen (and I believe Amsterdam), as well as teaching at Danish universities and sometimes as a guest in California. His vegetarianism (which may account for biological youthfulness – plant food is better for you) is mentioned in the film, not that that he is gay (in Wikipedia). But the absence of spouse rather stands out (even if logically irrelevant).

The historical controversy concerns accusations (“scientific dishonesty”) made against him after his 2001 book “The Skeptical Environmentalist”.

Nevertheless, it seems that the scare talk that followed Al Gore’s 2005 film “An Inconvenient Truth” (Paramount Vantage) seemed to help him restore his credibility. He generally talks in terms of cost-benefit-analysis. Carbon caps generally won’t result in much reduction in global warming for the buck, partly because they work so slowly. But many other practical measures would, including making roofs and pavement white (reflective), and relatively inexpensive schemes to pump reflectants into the stratosphere, maybe.