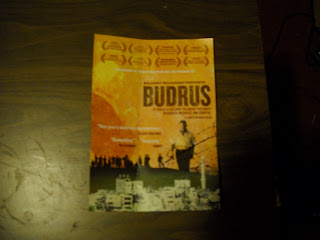 Another small film that marked the opening of Washington DC’s new West End Cinema is a docudrama about a West Bank village, “Budrus”, directed by Julia Bacha. 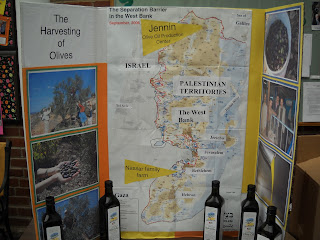 The village was threatened with isolation from much of the West Bank and with expropriation of its olive tree groves and other property for Israel’s Security Fence, which was routed over their property, encircling them (I don’t know why, that isn’t explained) rather than staying in the Green Zone.

A Palestinian man brings together Fatah, Hamas, and some Israeli’s to get the fence moved and save the town, but not without some confrontations and jail time (without charge) for some. The man has seven children, but its his teenage daughter who finally makes the difference.

The film has interviews with Israeli soldiers, including a woman who talks about being drafted but wanting border duty. There are a few confrontations with gunfire and tear gas, which die down.

There is an interview with a teacher at a boys’ school in Budrus, which gives some feel for the familial socialization of people who have to live in the midst of apparent enemies.

The tagline for the film is “It takes a village to unite the most divided peoples on Earth.”

The distributor is Balcony Releasing and the production company is Just Voices, with this official website.