West End Cinema opens in DC; "Gerrymandering" is like a mini "Inside Job" 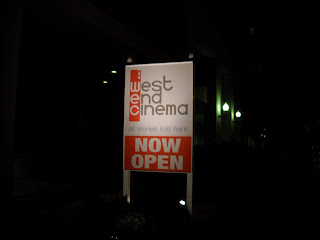 Last night, I did make it to the opening of the West End Cinema at 2301 M St NW (at 23rd St) in Washington DC. The link for the new art house is here. There are three screens. The venue seems small compared to larger art houses like Landmark’s E Street and Bethesda Row, AMC’s Shirlington in Arlingon (it seems as though the property it is on is doomed by new real estate construction; maybe in the future AMC could partner with the Signature Theater and combine the space for plays and art films, and the CourtHouse property looks like it needs renovation, too); and the Cinema Arts in Fairfax VA (again, needs renovation; I’ve wondered if Landmark was interested in it). Throw into that mix is the idea that Reel Affirmations likes the Harman Theater, which can show movies as well as present Elizabethean plays. 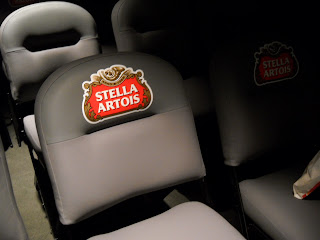 Also representatives from “Just Voices” were there selling DVD’s of Budrus (even though that film was playing) and an earlier film “Encounter Point” (check Netlfix). However, I picked “Gerrymandering”, directed by Jeff Reichert, from the Green Film Production Company (the director says it is self-distributed). The director held a Q&A afterward.  The film appears one week after Sony's "Inside Job" and is perhaps a valuable, if low-budget, counterpoint. 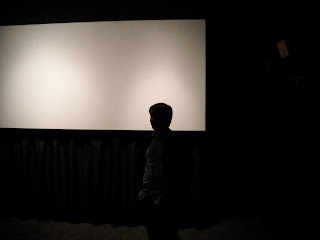 The film, of course, deals with the process of redistricting, which happens after every diennial census, and will start in April 2011. Politicians, of course, use this to “appoint their voters” and insulate themselves from competition. Much of the “story” deals with Proposition 11 in California, which Gov. Schwarzenegger supported in 2008. The Ballotpedia entry on this bill is here.

Even though it’s easy to blast gerrymandering, it’s hard to come up with a philosophically clean alternative. Some democracies, like Germany, use proportional representation, a movement that was getting some traction in the United States in the late 1990s.

Gov. Schwarzenegger (who, by the way, seems to get along with Log Cabin Republicans as far as I can see) has a funny line when he talks about the Prop 11 campaign: "like a movie script", he says, "it has a beginning, middle, and end". And Reichert did use the California campaign to structure his film, even though he mentions gerrymandering issues in many states. The funniest one may be in Iowa, where almost the entire district consists of prisoners who, according to Census Bureau rules, are recorded there but who cannot vote; therefore, the relatively few "free" residents run the show.

The small auditorium was about half full for the 9:45 PM show. The sound left something to be desired; it seemed to be mono. The screen is small, but properly shaped for 2.35:1 (this film appeared to be conventional digital video at 16:9). I've never seen "Stella Artois" placards on movie seats before. The seats are separated, and do not have cupholders.

Check the Washington Post editorial "Time for redistricting reform" here.  Note the detailed explanaitons of Propositions 20 and 27, on the ballot Nov. 3 in California; one expanding the duties of the Citizens Redistricting Commission, the other abolishing it. There are also two important ballot initiatives in Florida.
Posted by Bill Boushka at 8:05 AM