"Waiting for 'Superman'" takes no cues from "Smallville" 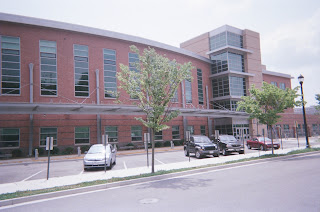 The title of “Waiting for ‘Superman’” comes from a metaphor late in the film, in old BW archival footage, where George Reeve’s character meets a school bus. And I’ll add that, since Smallville’s teen Clark Kent was such a role model (usually), the show should have shown him staying in college.

Generally, we see education as an individual thing. It is “about you” (Rick Warren notwithstanding_ and how well you perform certain problem-solving skills and how much interrelated knowledge you master, during the opening phase of your life, your “training” phase. Kids raised by stable married parents in upper income communities seem more likely to get this. The film covers the way education used to put people in “tracks”, ranging from CEO or academic to bureaucrat to proletariat worker. This was no laughing matter in the Vietnam era period, where education had a big effect on student deferments and exposure to the risk of combat. There is the other aspect of life, of course, the social.

But in many communities, kids are entering high school several years behind in reading and math skills, so many high schools become “dropout factories”, particularly after failing ninth grade.

Why then are kids getting such poor skills in lower grades. It’s the teachers, according to the film. And over decades teachers’ unions have become powerful, giving free tenure and making it impossible to fire lazy and ineffective teachers. In lower grades particularly, teaching is very hard work.

Michelle Rhee, the controversial Washington DC school system head, appears often, as the film shows her firing a principal. Her proposal to make tenure optional and pay teachers who drop it up to six figures based on kids’ performance doesn’t even get voted on by the teachers. (Maybe it dies for a lack of “second”.) Rhee is known for her persistence on her vision and her Ayn Rand-like lack of concern for the opinions of others. 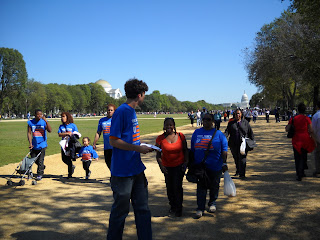 The film follows five minority families, in their attempts to get into the best public schools, either regular charter schools, “KIPP” (“Knowledge is Power”) schools, or, as in Washington DC, the Seed boarding charter school. The end of the film shows the tension of the lottery drawings for places in the schools, and ends with one kid climbing into the upper bunk bed in his dorm room. (He chooses that bed.) It would be interesting to see how people are chosen to work in a public boarding school.

The film is produced by Participant Media and distributed by “typewriter” Paramount Vantage, as Paramount resurrects its indie label. It’s directed by Davis Guggenheim, who describes his own decision to put his own kids in private school. It will certainly be in the running for Oscars in documentary.

The film was well attended at a 4:15 PM Friday showing in the large auditorium at Landmark E Street in Washington (Landmark has it exclusively the first week in the DC area), with night shows sold out on the Internet. This is the film Oprah gets everyone to pledge to see.

The site is here and takes pledges.

Picture (mine): The "new" Washington-Lee High School in Arlington, VA.  I graduated in 1961, two buildings ago.
Posted by Bill Boushka at 5:50 PM