"Under Suspicion": 1991 thriller from Columbia-Rank imitates the great director 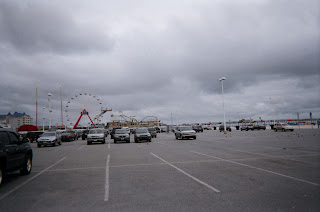 Once in a while (or maybe “once upon a time”) we find other films in the noir “gotcha” style of Alfred Hitchcock, with the same sense of momentum and almost doom. That is the case with the 1991 Columbia-J Arthur Rank British thriller “Under Suspicion”. About the only feature that distinguishes this film from the great British mystery director is the use of Cinemascope here, which he didn’t like. But Simon Moore certainly can provide a facsimile of the style.

In 1959, in Brighton England, Tony Aaron (Liam Neeson, of course), driven out of the police department, makes a living as a slimeball, setting up fake liaisons (using his wife [Maggie O’Neill]), and photographing them to give other women legal outs for divorce. One of these setups leads (for painter Stasio [Michael Almaz]) to murder, and Aaron becomes the prime suspect. His legal problem is that he may have done when driven by his affair with Stasio’s mistress Angeline (Laura San Giacomo). Kenneth Cranham plays his ex-partner, now leading the police investigation leading him to the hangman’s noose.

The story had to be set in the 50s for the capital punishment angle to work, and the telescoped finish, while spectacular (with a botched hanging) does strain credulity. This film could have done better being longer than 100 minutes.