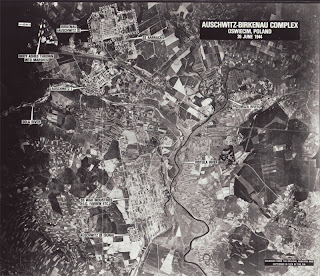 Sandra Schulberg (and Budd and Stuart) have resurrected a 1946-1948 film from the German Federal Republic “Nuremberg: Its Lessons for Today” (“Nurnbug und seine Lehre”) of footage of the Nuremberg trials of 1945-1946, with footage of Nazi atrocities and documents, in grainy black and white. The footage consists of trail proceedings (unusual, since in the US most trials cannot be videotaped) and extra film from German vaults used in the trial to prove conspiracy, since films sent to the Allies before the end of the War could have been altered. The original footage was directed by Pare Lorentz.

The film is distributed by Metropolis the Schulberg family (SPI), and Sandra Schulberg spoke at the Avalon Theater in Washington DC today at a performance (link ). The site for the film is here.

The documents show the attitude of the upper ranks of Nazi Germany, the total disregard for any human rights as we normally understand them, with only a concern for the “Deutsch Volke”. The purges not only included the concentration camps, but also the “useless eaters” among the native German population; Nazi thinking was both collective (in terms of the good of “their people”, hence “national socialism”) and “hypermoral” in the idea that one has no rights until fit, but that idea had been shared in ancient societies, like Sparta in Greece and to some extent the Romans.

At the end of the film, ministers of the various countries interpret the trials (the state is for man, not the other way around) and read the individual verdicts. One of the speakers says that anyone who wages war in the name of his government will be held accountable personally. The legal basis for the "tribunal" is somewhat controversial to some people.

This film could be compared to "Judgment at Nuremberg" (1961, United Artists, dir. Stanley Kramer, 186 min).

Wikipedia attribution link for military air photo over Auschwitz in 1944.
Posted by Bill Boushka at 4:21 PM