"Never Let Me Go": an alternate universe England clones kids for body parts, and fools them 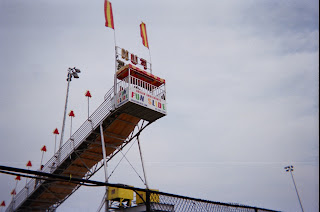 The “alternative universe” idea can be useful in exploring slight-to-huge moral perturbations. In a parallel world, England in 1978 still pretends to be a democracy but has adapted some of the practices of the enemy it defeated in WWII. So it is with the British film “Never Let Me Go” from DNA, Dune , and Fox Searchlight, directed by Mark Romanek, based on the novel by Kazuo Ishiguro. Tommy (as adult, Andrew Garfield, also in “The Social Network”), Cathy (Carey Mulligan) and Ruth (Keira Knightley) grow up in an English boarding school called Hailsham, apparently near the Brighton Beach coast (where a good friend of mine once worked for “low pay”), but tucked away in the country, and away from modernity, although there are box-like TV sets. The kids look forward to trading their play currency (colored chips) for dolls and playthings, and are encouraged to draw artwork to help the teachers decide if they even have souls.

The “problem” is, of course, that they are test tube clones, who one day learn from a rogue teacher what life “has been set out for you.” When they become adults, they will start donating organs, until they “complete”. Now we are in territory of movies like Gattaca, Blade Runner, Logan’s Run, and even Clonus.

The movie advances to 1985, when the kids are 18 and living in cottages near the coast, closely watched but allowed day trips. They never try to escape; when their days come, they submit. But there are possible exceptions. Ruth becomes a “carer”, which is a pretty good job with some adventure in the “outside world”; Tommy and Cathy fall in love, hoping that by doing so, they can get deferrals (which remind me of “deferments” from the military draft in the 1960s). Are they really supposed to have kids?

The movie advances to 1994, when Ruth lives in a grimy high rise (England looks bad here), and will encounter the couple. Her own fate may not be so secure after all, but Tommy and Cathy stare down the inevitable, now starting to grasp the moral implications.

Fox Searchlignt offers this YouTube featurette (4 min) about the film: 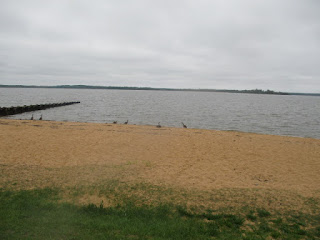