"La jetee" was a New Wave look at man's foolishness with war technology, and whether time travel could give him a second chance 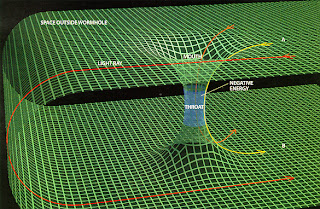 I suppose that if “they” make another movie about the Cuban Missile Crisis (like “13 Days”) it should belong in my didactic “disaster movies” blog, but I’ll put some comments about the classic New Wave short film “La Jetee” (“The Pier”), 28 minutes, directed by Chris Marker, from Janus Fims (1962), here. It certainly was inspired by the Cold War.

The narrator (Jean Negroni) speaks in English in the Netflix version (the French is sometimes subtitled), and the mark is played by Davos Hanich. One day, when on the pier at Orly airport, WWIII occurs, and in the aftermath (the destruction, as is the rest of the film, is shown in black and white stills) “they” (the powers that be) conscript soldier Davos into a time travel experiment to bring power and food to a “post-war” world, defeat the “arrow of time” and save the world. But the laws of physics, perhaps, would not permit him to survive in the world that he saves.

A 9-minute animated short version was produced in 2008.

The story is told in typical French artsy fashion, and I’m not sure the logic quite works today.

I’m reminded of another short, “The War Game” (1965, UK, dir. Peter Watkins), 48 minutes, which I saw at the University of Kansas in 1967 (I remember the line of a girl in the devastated world, “I don’t want to do nuttin’”). That film supposes that President Johnson's 1965 escalation in Vietnam (perhaps even is 1964 Tinkin chicanery) draws in the Soviets and leads to WWIII, destroying London, too. It's a kind of reverse domino theory. There's no second chance from time travel here.

Wikipedia attribution link for picture of wormhole
Posted by Bill Boushka at 8:27 PM