If a movie studio was called "Do Ask Do Tell", what films would it make or distribute? 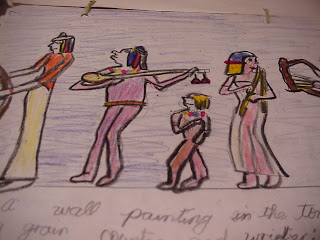 “Methinks” that “Do Ask Do Tell” would make a nice trademarkable name for a movie production company and distribution for independent-oriented film (with the black and white stripes from the cover of my book as trade dress – I love black and white Cinemascope!), and if I could pull the business interests together (yes, investors), this is what I would want to make.Some of this overlaps what an outfit likes Participant does, and there could be some collaboration.
(1)   My own story, as it relates to concentric issues, like “don’t ask don’t tell” (how narcissistic!)  Visitors to my main blog or readers of my book may know this story. It might be set up as a kind of “Catfish II”.  (Oh, my, God!. Complete psychopaths!; Sept. 24)
(2)   A documentary about how classical music composers “make it” today.
(3)   A documentary about the “truth” behind the founding of Facebook. Let Zuckerberg, the Winkelvoss’s, Greenspan. Saverin, Parker, Hughes, etc., the real people, all appear.  The real people seem better than their caricatures in “The Social Network” (Oct. 3).
(4)   Here’s a serious one: A documentary about the kind of “men” nabbed by Perverted Justice and Chris Hansen’s notorious Dateline series; particularly disturbing are the cases of former Rabbi David Kaye and former TV meteorologist Bill Kamal.  What were they thinking when they did it, and what is the prison rehabilitation like. This is a good topic for documentary film; it might sound like it belongs on HBO, but I think it is even more sensitive, and ought to be in indie theaters.
(5)   A documentary about the explosive crisis about to occur in eldercare, and how this relates back to the “culture wars” over “family values”.
(6)   Clive Barker’s fantasy novel “Imajica” (1991) about the reconciliation of Earth with four other extraterrestrial worlds called “dominions”.  But the conclusion of this book would be too much for some people. Maybe a studio already has eyes on this; probably would be made in New Zealand, like LOTR.
(7)   My own screenplay “Titanium”.  A journalist’s fiancée disappears (sounds like “The Event” – but wait.) It turns out she, while pregnant, “went up”.  The journalist is not so virtuous as Sean in the NBC series; he has another girl friend; the police are suspicious of him (in common with TE), and he also is bisexual and a “male friend” leads his investigation to a bizarre religious and right wing cult in west Texas, running a school to prepare people for the tribulations, apparently able to bring down “angels” who may be themselves extraterrestrials.  A bizarre beta hifi tape from the 80s links all the threads together, leading to a showdown at an initiation ceremony (the “Nighthike” – something like that happened in “The O.C.”), and then a very public “Event” indeed for the whole world. I wrote this in 2006, long before NBC’s. I have a sequel called “Prescience” which shows life on a world like Gliese 581 g (an annular civilization, set up in a ring like a model train.)
(8)   Two other screenplays of mine “69 Minutes to Titan” (extraterrestrials set up camp on Saturn’s biggest moon), and “Baltimore Is Missing” (entered in Project Greenlight in 2004): the entire Earthly civilization turns out to be a higher power’s model railroad.
Here’s a  recentYouTube video on Independent Film Financing from GetMovieMoney.
I guess I have a lot of work to do. 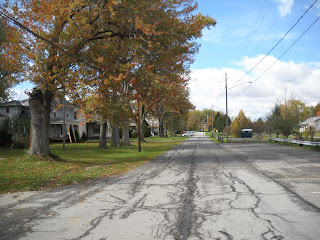