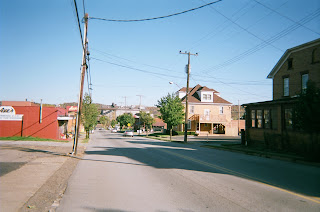 Temple Grandin is now a professor in Colorado and one of the individuals responsible for more humane handling of livestock (although judging from the old movie “Babe” we have a long way to go). She was also first diagnosed as schizophrenic and then autistic. She says she “sees in pictures” (I do somewhat, but I also see things in abstractions.) It’s probably more appropriate to say she has something like Asperger’s Syndrome.

The HBO biography “Temple Grandin” , directed by Mick Jackson, stars Claire Danes as Temple. For 103 minutes it’s a little hard to listen to and watch her. But she does raise the issue as to what people who are “different” accomplish when encouraged or sometimes merely permitted to, as well as “normal” people see them both as dependent and as competitive threats. Gradually, she learns to mediate her behavior to make it at least acceptable.

The film shows, often by geometric diagrams, just how her brain processes information “differently”, and reacts to it very literally.

HBO’s site for the film is here.