"Freakanomics" (not "Super") adds on to the "Waiting for Superman" movie 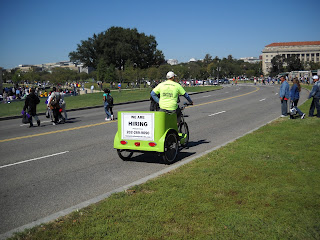 First, for the details on “Freakonomics” which is a collage.

The segments are “Pure Corruption”, “A Roshanda by Any Other Name”, “It’s Not Always a Wonderful Life”, and “Can a Ninth Grader Be Bribed to Succeed”. There are six directors: Heidi Ewing. Alex Gibney, Seth Gordon, Rachel Grady, Eugene Jarecki, Morgan Spurlock.

Of course, most movie buffs will know that this film from Magnolia is based on the concept of the 2005 book by Steven Levitt and Stephen Dubner, who chat in a living room in the movie and connect the segments, which are not as independent as “normal” short films.

The most interesting, if conincidentally so, segment is the last, about paying kids in a Chicago school to get passing grades (at least a C in everything, no other problems). That’s an appropriate supplement to the film “Waiting for ‘Superman’” which opened this weekend. You want the skateboard kid Kevin to succeed, and you begin to realize that a lot of kids don’t see what school is good for. (Yes, Kevin, you need to finish school to be as successful as Shaun White.)

But the penultimate segment, taking off from the famous Jimmy Stewart Christmas season film where a businessman finds out how the world would have gone had he not lived, provides an interesting interpretation on why the crime rate dropped in the 1990s. He introduces the topic with an account of the fall of Romanian communism and the death of Nicolae Ceauşescu in 1989, noting that the dictator had forced women to have babies they didn’t want. He then goes back to say that Roe v. Wade, in 1973, legalizing abortion, meant that children that women didn’t want (or couldn’t afford) didn’t come into the world, reducing the crime rate 20 years later. He even broke this down by state. The piece sounds like the inverse of the “demographic winter” argument now, and the moral aspect (or at least brutally utilitarian) will offend some viewers. But he makes an interesting point.

Other segments deal with exposing corruption (in this case, in Japanese wrestling), and the effect of race-related first names on people’s outcomes.

I review Levitt and Dubner’s “Super Freakanomics” book on Nov. 1, 2009 on my book review blog.