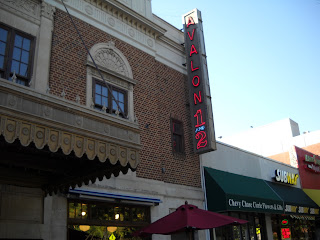 Those of us who came of age musically in the late 50s and early 60s thought of Gould as an eclectic pianist who performed mostly studied interpretations of Bach, Mozart and Beethoven, and was remarkable for making Bach sound interesting on the modern pianoforte rather than on older instruments. Gould had been taught a particular technique Guerroro of keeping wrists close to the keyboard, releasing piano keys, and leaning into the instrument, giving his performances a deliberative sound.

As his career progressed, he showed a certain degree of introversion, despite rather enthusiastic heterosexuality at times (including one episode with Connie Foss, wife of composer Lukas Foss) . He developed a dislike of performing concerts and turned first to radio (for a while living as a hermit in the Canadian arctic) and then to recording technology, making many recordings for Columbia. He was quite interested in the technical aspects of high fidelity in the earlier days of stereo and in the pre-CD days of vinyl records and turntables and tone arms.

On one occasion, he performed the Brahms First Piano Concerto with Leonard Bernstein, who made an “apology” for him. Critics found his slow tempi as a sign of possible lack of technique; but today it is common to take the monumental First Movement in very moderate tempo.

He composed a little, at least one string quartet, somewhat in a postromantic style.

Physically, he appeared quite handsome and “masculine” in his young adulthood, but would start to age in his 30s. However, his hypochondria became notorious; he wore coats and gloves in warm weather and asked others not to shake hands with him because that could endanger a pianist’s hands.

In general, the film raises questions about the “ethics” of being one’ s own person in the face of demands for more conventional social responsibility.

The film contains much black-and-white archival footage, but also some colorful autumn scenes of the Ontario countryside around some of the Great Lakes (including the opening image of the film).

The film has a Wordpress site here.

The Avalon Theater in Washington is running limited performances this week. A sole Sunday afternoon performance was over half full upstairs.  The non-profit Avalon is launching a major upgrade program, and seeking contributions.
Posted by Bill Boushka at 4:13 PM