"Bullied", from Southern Poverty Law Center: a victim fought back against a negligent school district in court and won 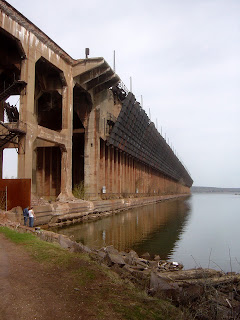 The Southern Poverty Law Center is offering a complimentary DVD of a 40 minute film “Bullied: A Student, a School, and a Case that Made History”, the story of Jamie Nabozny, who was bullied in the middle and high schools of the Ashland, WI school district when perceived to be gay (and then for being open), and who won a $900000 legal judgment from the school district (with assistance from the Lambda Legal Defense and Education Fund, LLDEF). The film is directed by Bill Brummel and Geoffrey Sharp. The link for obtaining the film is here .

The docudrama is acted, with David Chandler and Jason Collett playing Nabozny in middle and high school respectively. Th film shows the adult Nabozny in public speaking engagements on his experiences.

The most disturbing element of the story in the film is the unwillingness of school officials to act. The female middle school principal said “Boys will be boys” and that Jamie should tone down his behavior. It’s as if there were a double standard: one is the legal one, teaching equality, and another, allowing gang or mob rule (with the “snitch” concept) to ensure that society’s less conforming members are forced to go along with the collective will of the group (in terms of risk taking, for example) and “pay their dues”. This is clearly morally wrong, but this sort of thinking also becomes involved in the way the military has enforced the “don’t ask don’t tell” policy, which might send a hidden message to civilian school districts that underground bullying is all right.

Jamie runs away to Minneapolis a couple times, and the city is shown well in the film.

I actually visited Ashland, WI Labor Day weekend 2001, just before 9/11, and stayed there, a coincidence. It’s 70 miles east of Duluth,,, on Lake Superior. I would have expected that part of the country to be more tolerant.

I experienced bullying in grade school and junior high school, especially in seventh grade, in Arlington VA, in the 1950s. It was based on my not being physically competitive with other boys, but not on perceived homosexuality specifically. It went away in high school (Washington-Lee), then one of the best high schools in the country.

The DVD comes with a booklet and viewer's guide for classroom and school district use.  There are quizzes. For example, most bullies are physically bigger than their victims, when referring to physical bullying.

The credits of the film list all donors, including students, and the list takes about eight extra minutes to run.

Wikipedia attribution link for picture from Ashland of Soo Line Bridge.
Posted by Bill Boushka at 11:17 AM