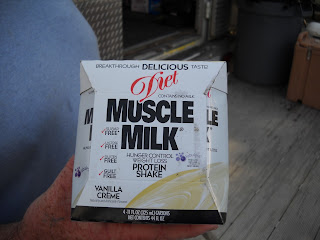 I didn’t see Hi-ya Shia LaBeouf at filming site for “Transformers 3: The Dark Side of the Moon” at the DAR (Daughters of the American Revolution) Constitution Hall in Washington DC this Columbus Day, all less convenient to visit with Metro disruptions. (Note, 6/30/11: The correct title is now "Transformers: Dark of the Moon".) 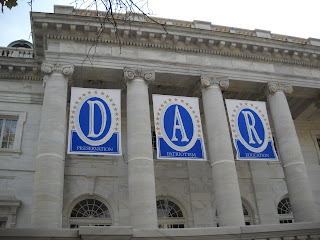 But a workman said he had delivered three cartons of “Muscle Milk” (protein supplement) to Shia today. Shia prefers chocolate, but what I saw was vanilla. 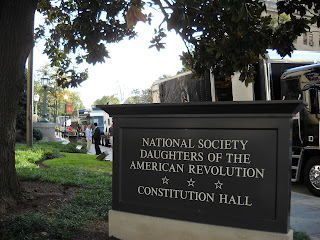 I’ve never been too much of a fan of the Transformers concept, with robots materializing out of nothing to fight battles. And I guess now the enemies have encamped on the far side of the Moon. 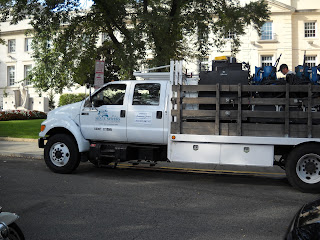 All the equipment had the Paramount trademark, although Dreamworks SKG (now a subsidiary) is the official studio. 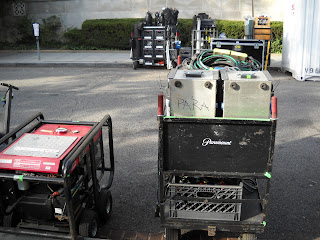 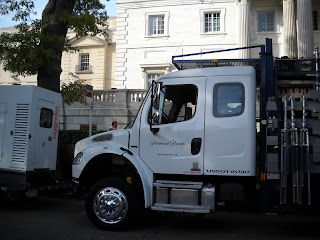 The director is Michael Bay.

Dreamworks was also going to shoot at the Air Force Memorial on Columbia Pike in Arlington and on the Mall.

Another little tidbit from "The Washington Examiner": some bystanders saw Shia smoking like a chimney while on break. How depressing.