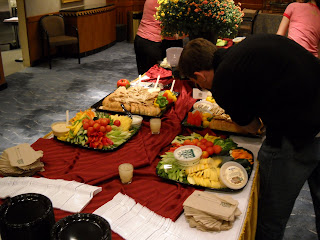 The Turkish film “Bliss” (“Mutluluk”), directed by Abdullah Oguz, based on the novel by Zülfü Livaneli, from First Run Features, explores the bitter topic of “honor killings” in third world or certain religious cultures. The concept is called “tore”.

As the film opens, Meryem (Ozgu Namal) lies near a lake bed, abandoned. It turns out she was raped, but her father thinks she has dishonored the family. He also accuses her of tempting the attacker, who remains unknown. The rest of the family turns against her. Her father sends her and her cousin Cemal (Murat Han) to Istanbul with the instructions that he should “eliminate” her. Cemal finds thathis own younger brothers are not aware of the concept or practice and is himself adrift. He makes the train journey anyway. Cemal, at a critical moment, will not do this and the pair go to a seaside village where they meet a retired professor Irfan (Talat Bulut) and wind up working with him his boat, and living in a kind of detached “bliss”. But eventually, jealousies intervene and the father tracks them down.

The film, while shot in ordinary 1.85:1, has spectacular scenery, of both flat and mountainous country as well as of Istanbul; it gives one the feel that (Asiatic) Turkey is on another planet, similar to Earth but different. The camera emphasizes browns and grays and subdued natural light, almost as if from a smaller Sun.

Politically and socially, the film is a bit of a surprise. Turkey is one of the most moderate of the Islamic countries, and I’m surprised that the practice would go on.

First Run Features has a site for the film, here.

Picture: Reception from DC Shorts, Friday.
Posted by Bill Boushka at 7:52 AM