Oliver Stone's "Wall Street II": Greed is not so good after all 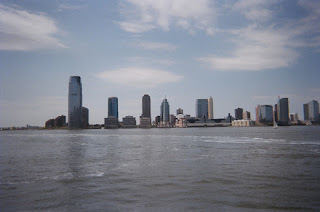 Oliver Stone’s “Wall Street: Money Never Sleeps” is essentially “Wall Street II”, a "logical" sequel to the 1987 Fox film where Michael Douglas as Gordon Gekko announced “Greed is good.” Now, 23 years later and after 8 years in prison for insider trading and obstructing justice, he has a book “Is Greed Good?” where he admits that Wall Street sucked up the wealth of the working middle class.

Enter, Jake Moore (Shia LaBeouf), already a Wall Street whiz kid at 24 with a social conscience. He wants to invest in fusion energy and green projects because, well, he is just that age will live three quarters of a century in a dying civilization if it doesn’t reform its energy production. He dates Winnie Gekko, Gordon’s daughter (Carey Mulligan), and eventually gives her a child, the ultrasound of which fits into the story. Early on, Jake lets his views known in a meeting where New York’s notorious Lipstick Building (Madoff) is visible through the windows.

Jake’s boss (Eli Walach) gives him a bonus just before his company tanks. In the ensuing scuffle, Jake is hired by Madoff-like Bretton James (Josh Brolin). In a motorcycle retreat in the Westchester suburbs, Jake catches him, leading us to the meltdown sequence, which Stone depicts as falling dominoes, as the September 2008 crisis blows like a financial Katrina. Jakes cigarette-smoking mother (Susan Sarandon) is a bit of a parasite, too.

One of Jake's weapons was to submit the story of these rogues to a website called "The Frozen Truth". I don't know if that was supposed to be something like Huffington, or maybe AlterNet, or whether it is a paradoy of my own "doaskdotell."

So Jake is a bit of an Ayn Rand hero with an Al Gore social sensibility. He would fit well into the Democratic Party.


Picture: Mine (from a NYC visit 4/2010), but the exact shot appears in the film. It looks across the Hudson River to West New York, NJ.
Posted by Bill Boushka at 7:05 AM