Justin Long at his peak as he "Goes the Distance"; does film say that bloggers are destroying conventional newspapers? 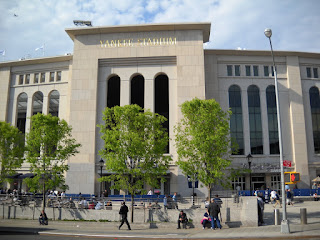 There’s a cardinal rule in Hollywood in making romantic comedies: thou shalt not harm Justin Long. The “boyish” Justin is one of Hollywood’s most likeable actors, usually at home as a geek preventing the next 9/11 or EMP attack. (He did get hurt in “Jeeper’s Creepers.) Actually, his position is like that of Michael Cera (at least as Jason Schwartzman once put it).

But Long is actually 32, and, like Ashton Kutcher, is definitely in the July of his career. Physically, in “Going the Distance”, directed by Nanette Burstein, he looks almost as powerful and buff-sm ooth-chested as Tom Welling. And he (Garrett) is the nice guy except for one scene where he balks that his long distanced girl friend Erin (Drew Barrymore) hasn’t told him about her job offer as a reporter at the San Francisco Chronicle, 3000 miles away from his career as a boy band promoter in New York. What is it? Is she supposed to be the stay-at-home and become his servant? Is that what men want from marriage? I thought Garrett was above that. And "going the distance" also means pitching a complete game in baseball (especially if you're C.C. Sabathia).

Now, my most recent memory of Drew Barrymore was the $1000 video comedy “My Date with Drew” from a few years ago, where a man (Brian Herzlinger) much hairier than Justin anticipates compulsory “man lantern” treatment (he winds up losing one hair). Drew also appeared with Justin in “He’s Just No That Into You”.

Seriously, the setup is important. Though Garrett has a “people person” job, he has trouble with playing the right cues in relationships. But he meets Erin when she is interning for the summer at a newspaper, “The New York Sentinel”. She gets one piece published at the end, about a charity event, and badgers her boss Hugh (Matt Servitto) about a job. But the Sentinel falls to the problems of many newspapers and has layoffs. Hugh even says over the phone, “Why don’t you try blogging?” It’s as if bloggers (like me) were responsible (by lowballing competition) for regular reporters losing their jobs. Later Garrett says (trying to get Erin back to NYC), “newspapers are coming back.” Oh yeah? I wondered if the next line was going to be about the Righthaven mass litigation controversy. That could make another movie.

New Line’s site for the film is here. Oddly, it’s on Warner Brothers’s domain. Time Warner seems to be using the New Line brand very little, except for romantic comedies (“Sex in the City” films and “Valentine’s Day”). However New Line is going to make “The Hobbit”.