"Get Low": an old codger wants to attend his own funeral and raffle his assets 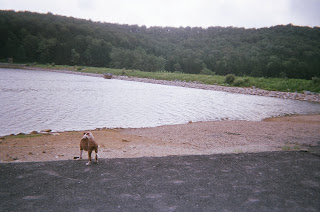 Maybe it’s logical that a person would want to attend his own funeral, and even reception, and then check out, if we could set it up this. In “Get Low”, set in southern Appalachia (filmed in north Georgia) in the late 1930s, an old bearded codger Felix Bush (Robert Duvall) approaches an undertaker Frank Quinn (Bill Murray) to do just that. In this regard, to "get low" is not to "be brought low". (The concept of the movie reminds me of a mystery novel from the 1950s, "It's Her Own Funeral".)

The final speech will indeed be a “do ask do tell” event, and it seems as though Bush has a deep confession to get off his chest. The very opening of the film, a burning cabin, foreshadows that. Later we learn that Bush lived 40 years “in the wilderness”, that is, as a Thoreau hermit in a mountain cabin. No wife, no kids, no lineage.

I have moments in my life that I wince at when recalling them, but nothing like what Felix has to divulge. There is some subplot over whether he really can speak effectively or whether a pastor (Bill Cobbs) can speak for him. At one point, Cobbs says “Forgiveness is free, but you have to ask for it.”

Bush, with no lineage, has an interesting approach to disposing of his assets (cabin and land): he will sell raffle tickets at the funeral, and the winner of the drawing takes all. So much for probate or "the reading of the will" (the John Knowles story).

The film, directed by Aarom Schneider and adapted from the “true” story by Chris Provenzano, was produced by Zanuck Independent (descended from Daryl F. Zanuck) and distributed by Sony Pictures Classics, despite being made with Warner Brothers facilities. Sony’s site for the film is here.

There is some country-western music in the soundtrack in 5/4 time.