"Following" is Christopher Nolan's early neo-noir piece; it can be a bad habit 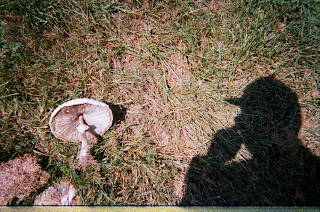 The attention to “Inception” must draw attention to an early “neo-noir” film from Christopher Nolan, “Following”, originally distributed in 1999 by Zeitgeist (production company is New Wave). This grain black and white film looks like it was shot in Super 8, and the camera really does follow the characters. Sony now distributes the DVD.

A young man and aspiring “writer” Bill (Jeremy Theobald) has a habit of following people on London streets, just out of existential curiosity, or so he is telling a police psychiatrist. He's not a stalker.  He says he is getting ideas for characters for his writing.  The film then tells his backstory. One day another young bloke Cobb (Alex Haw) first rebukes Bill at eye contact [and after Bill "follows" him into a cafe -- obvlious to the fact it is already lunchtime], and then takes Bill under his wing, breaking into apartments, rationalizing his crimes by the idea that people don’t know what they have until it is taken away from them. The sequence where Bill "gets caught" is extremely well handled, with body language and manipulative behavior by Cobb as well as defensive, submissive ("feminine") behavior of Bill.

In this short (70 minute) feature, things go downhill, as Jeremy eventually finds he will be double crossed and wind up with the police (after the inevitable murder), but not before the intervention of a blonde femme fatale (Lucy Russell).

I have fallen into this trap. Once on jury duty in Dallas in 1986, I found myself staring at a hippy-looking jury prospect who suddenly approached me in a hall outside and said “quit staring at me and following me around.”

Nolan’s early work (including “Memento”) reminds one a little of David Lynch, but in some ways it is even more personal, body-oriented, with camera attention to little personal details.

I could not find a site for this film at Sony, but here is a DVD link