"Twelve": Chace Crawford on a bridge from the world of "Gossip Girl" 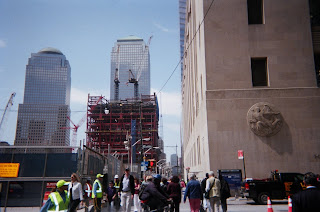 Joel Schumacher is known for taut big studio thrillers like “Phone Booth” and “8mm” (as well as John Grisham’s “The Client” and “A Time to Kill”), has ventured into small independent film with an almost stageplay like approach to suspense and social confrontation, as in the new film “Twelve”, from Radar, Gaumont, and Hannover (the latter is a little known distributor that has more titles than you would expect), which apparently bought it at Sundance. The film, written by Jordan Melamed and based on the novel by Nick McDonell, plays out on upper East Side Streets, discos and apartments.

Chace Crawford plays the preppy guy Mike who is always sober, so that, as his girl friend complains, he can feel superior to his clients. Although a little grizzled, the Texan still looks physically perfect, hairy and smooth at the same time, and beckons us back to the world of “Gossip Girl” on CWTV. (See my TV blog, June 7, 2010, for that show, where the same supercilious attitude of superiority reigns among the kids). Now, with a pop who works as a chef or waiter and a mom who drained the family while dying of cancer (the film shows flashbacks of Mike hugging her while she is bald from the chemotherapy), Mike deals on the side (especially an admixture called “Twelve”) while acting as socially confident and ivy league as possible, while his buddies crash. Soon his cousin is murdered, and his best friend gets arrested for the act. Inevitably he has to deal with his own dad, and the collapse of his façade, but not until he goes down in a sensational apartment shootout battle at the film’s climax.

I love the “anti-Marxist” tagline, “No one needs anything here. It's all about want.” Keifer Sutherland provides a muffled narrator’s voice, as a kind of omniscient observer for a novel. Also note the line “You are petrified. You will not be remembered if you die now.”

Here is Hannover’s site for the film.

Chace Crawford Online has this YouTube trailer. Note those gams!

On a Saturday night early show, a Regal in Arlington VA had a sparse crowd.

The film has no relation to Terry Gilliam's apocalyptic thriller 'Twelve Monkeys".  The other famous film based on a number is David Fincher's "Se7en" ("Seven") for New Line.
Posted by Bill Boushka at 7:26 AM