"The Square": an Aussie Coen-style "for a little money" caper -- gone bad 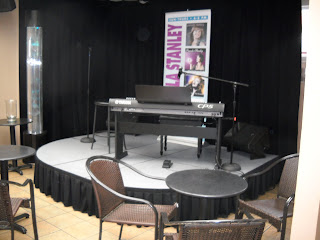 Australian film can go over the top, with is sharp edges, usually set in scenery that’s easily confused with southern California. Forget “Inception”. The Aussies gave us the thriller “The Square” earlier this spring, that keeps the viewer running the whole time. I guess I could say it pays homage to the Coen Brothers: a style like “No Country”, a plot a little like “Fargo” but less funny, and a moving wide-screen camera that reminds one of Christophen Nolan. The soundtrack and somewhat muted lighting gives us a feeling of noir.

The film is directed by newbie Nash Edgerton, and I presume Joel (who acts as the firestarter and writes the script) is a brother. The original theatrical release came from this new distributor called “Apparition”, but Sony is handling the DVD (which means that the film could well have shown up under “Sony Pictures Classics”).

Raymond Yale, played by an everyman actor David Roberts, is a contractor working on a “town square” project outside Sydney. Bored with a sexless marriage (Lucy Bell), he carries on with a mistress (Claire van der Bloom), who brings her a story of about a cache of money from her gangster husband (Anthony Hayes). He has no interest in organized crime but cannot stop sinking into temptation. (Oh, could we use Frances McDormand, “all for a little bit of money”). The problem is that it doesn’t stop. They burn down the husband’s house, but not until Ray has second thoughts and wants to stop. The husband’s mother dies in the fire, making Ray a murderer. What follows is a “square” of deceptions and chases, including a scene where a man’s leg is run over by a truck, leading to a tragic denouement.