"Since Otar Left": a post Soviet family tries to "protect" its matriarch from news of an emigrated son's death 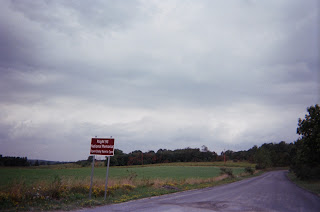 Another film about family intergenerational ties, healthful or not, is “Since Otar Left”, ("Depuis qu’Otar est parti") directed by Julie Bertucelli, from Zeitgeist (2004).

Three generations of women live in a modest apartment in a poorer section of Tbilisi, Georgia, in the post –Soviet-breakup late 90s. The infrastructure has a way to go; power failures occur frequently, and the women are somewhat skilled in “self-sufficiency” with gardening; the city still looks ragged. The matriarch Eva (Esther Gorintin, herself about 90), her daughter Marina (Nino Khomasuridze) and and Ada (Dinara Drukarova). But Eva’s son Otar, probably in his 40s, left Georgia to go to Paris to work and sends money to the family. Otar has a medical degree but no visa and works in construction illegally, and dies in an accident. The legal situation probably delays the family’s learning the truth, but eventually the daughter gets a call. In fact, Otar remains unseen in the film.

The women live with a great deal of “natural family” intimacy, bathing and pampering Eva; the younger mother and daughter share a bed. To some people the intimacy may seem gratuitous., They decide to deceive Eva, and keep the letters flowing, trying to imitate Otar’s cursive writing. Eventually Eva, whose mind is sounder than the family thinks, wants to go to Paris to see Otar. The family goes, and Eva seeks out one of Otar’s housemates, who tells her about the death. So Eva puts on a charade of not knowing. Evnetually Ada decides to stay and build a new life in Paris.

Eva is still attached to Communism, and in one sequence denies the atrocities of Joseph Stalin (when compared to Hitler). The granddaughter has an appealing boyfriend who has introduced her to freedom and capitalism. There are some political discussions, as about the past Soviet invasion of Afghanistan. The overall concept of the film reminds one of the 2003 German film “Good Bye Lenin” (directed by Wolfgang Becker, Sony Pictures Classics) where a young man hides the fall of the Berlin Wall from his Communist mother.

The DVD contains 12 deleted scenes and a long featurette about making the film, with emphasis on still photos from Tbilisi, and the practical difficulties of working with a screenplay in three languages (French, Russian and Georgian).The special features on the DVD add up to almost as much time as the film itself (1 hr 40 min).