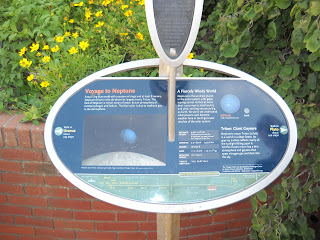 In a recent GMA or Today segment, Jason Schwartman talks about his role as a show producer (Gideon Graves) and arch romantic rival of Scott Pilgrim (Michael Cera, from "Juno") in the new Canadian high-tech comedy “Scott Pilgrim vs. The World”, from Universal. He said, you don’t want to hurt Michael Cera, even when the comic book icon is pretty good in his element as a bass guitarist and rock band artist, and looks ready to take his musical and ballet act to Saturday Night Live.

Indeed, Cera looks girlish (or at least immature) and rambles in his “such a high pitched voice” (in the Army of the 60s it would have drawn a barracks limp wrist), but then he turns into superman, with powers (like those of Clark Kent), with all kinds of laser duels, pursuing his beloved Ramona (Mary Elizabeth Winstead). Whatever his heterosexual desires, he even shares a floor bed (albeit on a separate mattress, sans bedbugs) with a gay “young adult” Wallace (a boyish Kieran Culkin). The script plays with the possibility that one roommate has to leave so that the other (either one) can have chosen intimacies with someone else. Maybe this is common with roommates. The script also plays on Ramona’s age, 17.

The film, directed by Edgar Wright, opens with Universals’ trademark music played on a moog synthesizer, but the full orchestral Valkyrie edition (YouTube link) is played at midpoint in the film. Also, some scenee (such as the fantasy of Scott’s afterlife on a desert) are cropped vertically from 1.85 to 1 down to 2.35 to 1, imitating the way smaller theater show widescreen films; this doesn’t work if the movie is shown in a full sized auditorium.

Here’s Universal’s official site. The movie was shot in Toronto, and the script references Toronto often. Oddly, there’s no DGC stamp in the end credits, which I expected.

Here’s a YouTube video of speculation about “Arrested Development”.