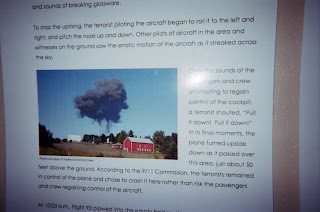 Netflix is reaching a deal to provide subscribers quick streaming content for films distributed by Paramount, Lionsgate, and MGM. The news story appeared in the New York Times Aug. 10 with Brian Stelter, link here (in a blog called "Media Decoder").

Netflix is purchasing the rights from a company called Epix, which is said to be a competitor of HBO. Curiously, in the late 1990s the name “Epix” was involved in a curious trademark case involving the Clinton Street Theater in Portland, OR (mentioned her Aug 14, 2009) and a tech company; neither organization seems related to the TV channel.

MGM, once one of the grand old studios (connected to United Artists, which Tom Cruise is trying to bring back), has produced little output recently under its own name, mostly small films, and needs rehab (maybe from Oprah Winfrey?) Everybody knows Paramount (for VistaVision), but LionsGate used to specialize in small independent films and has moved into much more ambitious films in the past two or three years. Apparently everything from LGF is “independently produced”. LGF is traded on the NYSE and is said to be “in play”. Hopefully, it merges it will keep its outstanding brand identity, with that great musical trademark that opens films with a bang (Here is the Youtube link ).

Roger Ebert, in reviewing the South Korean film “Mother” (here, yesterday) mentioned that the Walt Disney Studio had announced that it was going to make only 3-D animation kids films, and franchise epics—as he made the case for the importance of independent film. Of course, Disney can use the Touchstone brand for more substantive fare.

Will Miramax merge back with the Weinstein Company?