"The Memory Keeper's Daughter" from Sony/Lifetime manipulates some family secrets 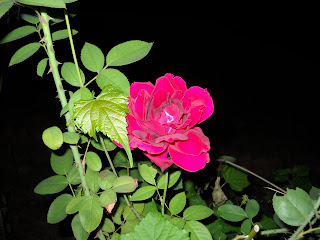 “The Memory Keeper’s Daughter”, from Sony Pictures and Lifetime and Mick Jackson, in 2008, set up a sequence of family moral dilemmas from the novel by Kim Edwards.

A doctor, David Henry (Dermot Mulroney) helps deliver his wife’s (Gretchen Mol) fraternal twins in a 1964 blizzard, and finds that the girl is born with Down’s Syndrome. He fakes the girl’s death, not wanting the “burden” of a special needs child, and places her in an institution to die. A loving nurse (Emily Watson) with a truck driver, eventually her husband, takes Phoebe home and raises her, and she thrives, growing to adulthood.

Over the years, David also becomes a renowned photographer after his wife gives him a camera, giving a show in Pittsburgh (maybe in the Andy Warhol Museum, I wondered). He keeps Phoebe a secret and sends money, and the nurse never lets him see her. The son, Paul, wants to be a musician, and the family has trouble with that, leading to rebellion, but eventually he flourishes and apparently goes to Julliard (the “Everwood” plot device).

David and Nora divorce, and then David suddenly dies of an aneurysm. Paul finds the pictures and evidence of his fraternal twin sister’s existence going through the belongings, leading to a reunion.