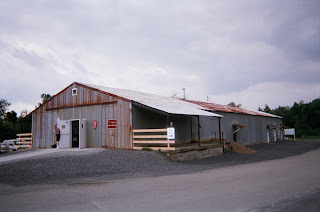 I recall seeing “Happiness” by Todd Solondz (site ) at the Uptown Theater in Minneapolis back in 1998, and was a little breath-taken at the time by the frankness of some of the goings on – the psychiatrist Bill has disturbing fantasies, both violent and perverse, and, as I recall, communicates them; but, worse, eventually acts on them. I also recall “Storytelling” (not exactly a Speakeasy) and “Palindrome”.

So a decade later “Life During Wartime” becomes “Happiness II” as a sequel  black comedy, picking up the story a decade later. Bill (Ciaran Hinds) is getting out of jail and coming home (now to Florida), setting off rumors rather like that of Bubber Reeves in “The Chase”. Trish (Allison Janey) has told her younger son Timmy (Dylan Riley Snyder) that his father is deceased, and the boy has to deal with the truth, which he does in a kind of Asperger fashion, using bad words in a funny fashion (in anticipation of his Bar Mitzvah). Eventually, there will be a confrontation of sorts in the dorm room between Bill and his older son. The boy gets into a lot of talk about “forgetting” vs. “forgiveness,” and equates his dad’s crimes to terrorism. There is the odd comment that the perpetrators of 9/11 are not around to be forgiven.

There are other subplots in the family, with characters who materialize and disappear, rather like that of a David Lynch movie (especially the opening restaurant conversation).