"Farewell": French thriller offers theory as to how a lone KGB defector encouraged Reagan to change the world 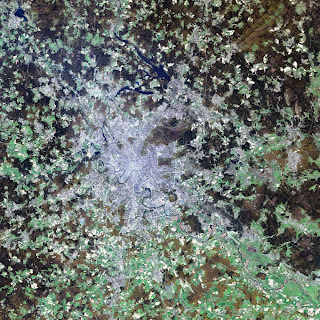 The French-Russian “thriller” by Christian Carion, “Farewell”, ("L'affaire farewell") based on the (supposedly) non-fiction book by Serguei Costine, from 2009, distributed by Neo Classic films, quietly started making the arthouse rounds this weekend. It’s not so much a thriller as a mood piece, maybe an inversion of the effect of “Salt”.

A good-hearted French engineer Pierre Froment (Guillaume Canet) is approached by a Soviet agent Sergei (Emir Kustuirica) who wants to “change the world” after Ronald Reagan is elected and pass on Russian secrets. As the film progresses, we see the family lives of both men, but particularly Sergei, whose motive is family values: so his brilliant son Igor (Evgeniy Kharlanov), probably the most likeable character in the film, can have the opportunities that come with political freedom.

The scenes in the Oval Office with Fred Ward playing a foppish Ronald Reagan are a bit laughable, but Willem Dafoe is credible as Feeney, the agent who can set up everything invisibly behind the scenes. The case that the intelligence justifies Reagan’s 1983 proposal for “Star Wars” is a little hard to follow.

The film makes effective use of Moscow and Russian countryside (it needed to be shot in full widescreen), and gathers momentum as it progresses, with the KGB torture of Sergei, but most of all the clandestinely arranged escape by Pierre across the border into Finland. I have an episode like that early in my novel draft, where the part-time CIA agent (having picked up a mystery artifact in the woods) rams the border, whereas his pursuer strikes the border guard in an accident. I thought this would happen here, but “truth” would be even more subtle.

The denouement also makes a case for living in silence, keeping quiet once you reach the good life. The world of intelligence doesn’t support “do ask do tell”.

It’s still hard to connect all of this to the fall of the Soviet Union at the end of 1991 and even the abortive “Commonwealth of Independent States”. That would make a good topic for a movie.