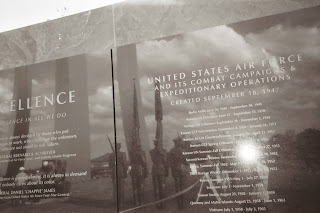 There was actually an attempt to make a movie about “gays and the military” (not “in”) back in 1947, a mystery about the apparently motiveless slaying of a young man just back from the War, apparently by a soldier just getting out of the Army. Of course, we know the newer films (“Any Mother’s Son” and “Soldier’s Girl”). But for this film, “Crossfire”, the Hays Office objected to the theme, and it was converted to a film about religious intolerance, anti-semitism.

The RKO Radio Picture was based on the novel by Richard Brooks and directed by Edward Dmytryk. In the novel, a gay Marine is beaten to death by fellow Marines. A short on the DVD explains the change from the book to meet the productin code, and how Hollywood started dealing with social intolerance in 1947 ("Gentleman's Agreement").

Robert Young plays police Captain Finlay, who interviews a number of characters, especially his friend Mitchell (George Cooper), who seems implicated as the prime suspect by circumstantial evidence. The story is setup through flashbacks as told by the various characters, as the ugly truth comes out. There is a scene where Findlay says the motive is something inside the suspect himself. It has to be something that says “you can go to our country club.” Findlay goes on to give a complete discussion of irrational hate, making someone else “the enemy.” "Hate is like a gun." The Army has to deal with intolerance within its ranks (Truman had not yet integrated the military when the film was made, but the issue really has relevance today).

There are some clever lines in the script, as “a soldier won’t go anywhere until we tell him to”, as if soldiers had no lives when back on their own. The script uses cautious words ("people with 'funny names'") to describe “the truth”. There’s an odd line about quartering soldiers (the Third Amendment).

The opening scene of the BW film uses “shadowing boxing” against an apartment wall in an interesting way. Later there is an interesting simulation of alcohol intoxication, with double-images that would almost work in 3D.

Robert Ryan is Montgomery, and Robert Mitchum is Keeley.

The "film noir" technique used different lenses to show a progression in the descent of Montgomery as a character.