"Beautiful Ohio": growing up in the shadow of a genius brother 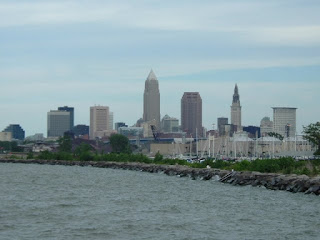 Chad Lowe’s 2005 “coming of age” film “Beautiful Ohio”, based on a story by Ethan Canin (and adapted for screen by that author) is structurally interesting in that the first 75 minutes (taking place about the time of Watergate) the “prequel” to a telescoped tragic conclusion years later, involving HIV. That may be the spoiler. But it’s so often the case that the early days of a person’s life, before “coming out”, tell the real story.

Brett Davern plays William Messerman, the 16-ish younger brother, with modest piano talents, of Clive (David Call), who is a math genius, winning contests at school, but living in shadows himself, with bong hits and rock musical instruments. Clive’s own talents seem like those of the “Superhumans” series on History Channel; he can do instantaneous head calculations, and he describes mathematics as a “cathedral”. He’s also good with electronics and inventions. But he speaks in a pedantic style, rather like someone with Asperger syndrome. The parents, raising their boys in a suburban Cleveland home, are played by William Hurt (as Simon, who makes his living prosaically as an insurance agent) and Rita Wilson (as Judith) .

Now Judith tells her younger son that they will be close as brothers for life: that is something parents can do in marriage, create filial bonds among their kids. They will need one another. Judith has great confidence in William’s own music talents, which seem modest in the film (he is struggling to play a slow piece by Satie).

The film ventures into some nice scenes along Lake Erie, which arguably could happen at Crystal Beach, out west toward the nuclear power plant and Sandusky. But actually much of the film was shot in NY.

There's an odd conversationw here Simon tells William that grades (a snap for his brainy brother) are currency and a ticket to good jobs; that's all employers see (not true).

The denouement starts with a ping-pong game between William and his father -- somewhat after William has lost his virginity on the beach with Sandra (Michelle Tractenberg). There’s a dark secret in the basement, and it involves Clive’s own intimacies.  Yet Sandra was supposed to be Clive's hidden girl friend (in the basement, literally).

Ohio does appear in movies and TV sometimes: some of “Days of our Lives” seems to be set in the middle of the state, and the book Authoritas by Aaron Greenspen, associated with the founding of Facebook, talks about growing up in Cleveland. Back in the 50s, it was the “best location in the nation” when my family made annual summer trips (the Indians were good), before it fell to rust belt recession.

The film is distributed by The Weinstein Company and IFC Films.