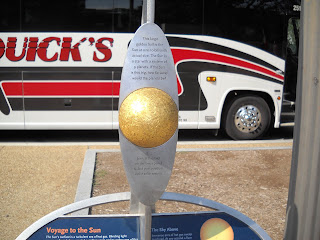 Australian director-writer David Michod has a discussion of how he developed the shooting script for his “Animal Kingdom” over a decade, here and I guess that screenwriting courses will look at this.

The Sundance winner seems like (Apparition and) Sony Pictures Classics’s “The Square II”, as if there were trilogy of Australian mafia movies in the works. This one is a little grimmer and less ironic than its relative from Apparition, actually made two years earlier, and with a different director. All in all, the series bears comparison with Sweden’s “Dragon girl” trilogy; you sort of expect Lizbeth to appear at any time.

The Animal Kingdom is set in the Melbourne underworld, in a city slightly cooler but still pretty California-looking. Most of it is seen through the eyes of “J” (Joshua) Cody (James Frecheville), 17, who moves in with his uncle’s crime family when his mother dies. “J” is actually a good kid who would go to college and do well in life if raised in a good family. He wants to do right here. But pretty soon he learns the dark side of “family values”, however perverted in the underworld, just as with “The Godfather” series. The family includes boss Pope (a wiry Ben Mendelsohn), partner Barry Brown (Joel Edgerton, who wrote and starred in “The Square”), and youngest and gay son Darren (Luke Ford), who has also been corrupted by the family, especially the wicked grandmother (Jacki Weaver), every bit as bad as Bette Davis. (An openly gay son could be the worst possible threat to a crime family’s continuation; another script could explore that idea.) A fatherly detective (Guy Pearce) tries to rescue “J” and take him in, almost like a son, and put him into witness protection (and maybe later back in school for a new life, which could never be out in the open). But then, in Coen Brothers style, things really go bad, leading to “J”’s own capitulation, dispatching Pope to bring the movie to an abrupt and shocking end. You’re left to wonder if the police wanted to use “J” to do what they couldn’t do legally.

An Oscar contender this year? Maybe. Best Picture (against US films)? Maybe. After all, Sony Pictures Classics is really “Columbia”.

These are big, ambitious, very professionally made films, every bit on the work of scale of major US studios.
Posted by Bill Boushka at 8:22 AM