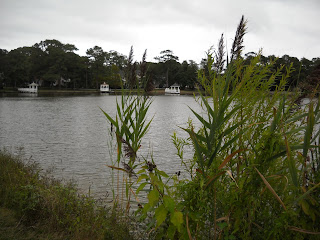 The Brazilian film “Alice’s House” (“A Casa de Alice”), directed by Chico Teixeira, from Indiepix and FiGa films, and a hit at the 2007 Chicago Film Festival (and not “Alice’s Restaurant”) provides a “Rear Window” type look at a middle class family in a crowded, “middle class” apartment in Sao Paolo. Alice (Carla Ribas), middle aged and married to a taxi-driver (Scorsese notwithstanding) works as a beautician, and walks a tightrope in the domestic relations between her mother, around 80, who “owns” the apartment and does all the housekeeping, and her three sons, who do what they want and ignore the grandmother. The film impresses us with how "ordinary people" in the middle class in the developing world have nothing like the privacy we expect, and must negotiate the world of social posturing.

The grandmother is growing blind, and the men in the house want to put her in a nursing home, even though the home is not theirs, for their convenience. Slowly we learn about the intrigues: flirtations (on both sides – and nothing “Shy and Mighty” about them) are dissolving the marriage, but in the meantime the three brothers seem to share a little more than normal brotherly love, or rivalry. Junior (Felipe Massuia) is eager for girls, but is somewhat of a mark because he is so “beautiful” and accommodating. The oldest brother Edinho (Ricardo Vilaça) is an Army lieutenant despite living at home, but works as a hustler (apparently with both male and female clients), perhaps a tangential notation on America’s fight over gays in the military (I think Brazil has lifted the ban a long time ago). The middle boy Lucas (Vinicius Zinn) seems to be playing mediator a bit, but sometimes is the most assertive.

The film seems a bit like a stage play, as it goes outside into the streets of the city rather infrequently, so we don’t get a real feel for the place. It seems more European than it probably is; we don’t see poverty (remember Pixote (1981)?) . The film is in Portuguese with subtitles.

The director says he never went to film school. He does not like background music because he thinks it distracts from the reality of the drama. As in “Rear Window”, he likes normal street sounds.