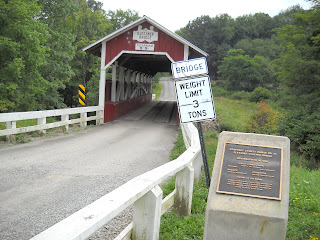 Well, momism has always struck me as a shameful topic, but it doesn’t bother actor/writer/director Albert Brooks in Paramount’s 1996 film “Mother” (not to be confused with a recent unrelated Korean film).


In the opening scene, sci-fi writer John Henderson (Brooks) and his wife is talking to their lawyer (Paul Collins) whose most important question for the divorce is “to whom do I send the bill?” And we learn that Henderson has frequent writer’s block and is threatened, in the eyes of his literary agent (himself hanging on to marriage precariously) with permanent status as a “midlist” writer, not good for careers with trade publishers. (Self-publishing and desktop publishing hadn’t quite caught on in 1996.)

But with no shame, John moves back in with this mother (Debbie Reynolds) to find out “what women want”. Divorce is getting pretty socially acceptable, but he’s had two strikes already. The soundtrack plays an adaption of the “Mrs. Robinson” song from “The Graduate” with “Henderson” put into the lyrics. In time, he will find a hat box with her own unpublished children’s stories (after he notices she is pretty good at typing on her Apple computer, pre IMac days). Mother never had her writing career because she was a mother. And John is proud of her because she was a “failure” (there’s a paradox). But then, she’s no longer Mother, she’s a fellow professional writer.