Tyler Perry's "Why Did I Get Married?" 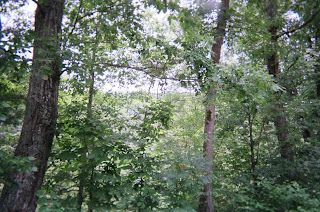 Tyler Perry’s “Why Did I Get Married?” may, however unintentionally, illustrate George Gilder’s ideas in his 1986 book “Men and Marriage” (as if you could make Gilder into a movie). Actually, it’s director Tyler Perry’s adaptation of his own play, about four (African American) couples who get together in a mountain resort, and then each couple faces a Ladies Home Journal “Can this marriage be saved” kind of crisis.

One of the women is late, and, the road blocked by a snowstorm, actually spends a night in a “protective custody” jail cell on the way up. She says she is going there to save her marriage. Later, after the reconnoiter, her husband says he could feel attracted to her if she would lose 50 pounds.  This reminds me of the social pressure that I felt as a boy, that I would never become a suitable "husband" if I didn't become physically more competitive.

Generally, the husbands demand that they keep a sense of superiority, demanding time and intimacy from their wives when they want it, on their terms. One of the wives says “I have the babies, you don’t. I have to miss work, you don’t.” The husbands tend to act like they want servants and remain tribal patriarchs.

There's a nice dinner at the end (almost Harry Potter style) and another breakdown. Cheating is addictive.

To an older gay man like me, the film made heterosexual marriage look like a depressing endeavor indeed. I think "socially conservative" advocates of "the natural family" could have fun picking apart this movie. Generally, most of the time, the men's behavior is pretty boorish.

Lionsgate’s site for the film is here.