"Twisted", Paramount thriller with Ashley Judd as police detective, had gotten picked as a script that stood out 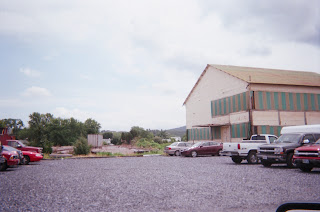 “Twisted”  (2004) gets shown quite frequently on cable these days. Directed by Philip Kaufman and from Paramount, it tells the story of a recently promoted female San Francisco detective (Ashley Judd) who finds that murder victims showing up were men she had dated. The screenplay is by Sarah Thorp and is apparently original, and producer Arnold Kopelson indicates, on the DVD, that the script was selected from a group of 150 or so as standing out because of the plot-driven issues.

We’re kept wondering whether she really could have committed the crimes during blackouts (no “Flashforward” here), or whether there is some enemy who would set her up. (To have maybe committed a crime like one of these and not be able to remember -- to draw a blank on it -- would be truly terrifying; reality cannot be undone.) Could she be simply be lying? Does her father’s background have anything to do with her own propensities? Are the blackouts “real” or attempts to escape responsibility for behavior? Or are they more like the dreams of “Inception,” although the scope of this “film noir” is a lot narrower than in the newer film. The film is set in San Francisco, and although in color (with just standard aspect), the look paints the city in dark and beige tones, not with the artificial glitz of “Vertigo”.