Tunisian film "Making Of" is a powerful, layered drama about Islam 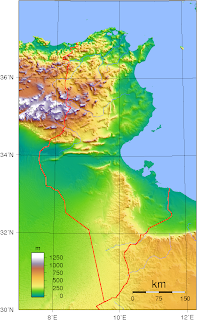 Islamic film is certainly able to look at its own culture, and accept various was of interpreting its ideas and criticize its world. It an incorporate everything in the west: money, pleasure, power, sexuality in all forms.

At Tribeca in 2007, the Tunisian film “Making Of: Le dernier film” won awards for best screenplay (for director and writer Nouri Bouzid, and also a best acting award), and it takes the layered approach of self-examination: it is about making a film about radical Islam. The philosophical discussions go on inside the inner film, but the story outside drives us to tragedy.

A handsome, slender young (age 25) playboy Bahta (Lotfi Abdelli) dazzles everyone, including girl friends (any maybe boy friends) with his breakdancing, and aspires to go to Europe and have a career in showbiz. He gets into scuffles over jealousy, gets arrested, and led to the home of a fundamentalist iman. He is encouraged to act in the introspective film (shown in overexposed light), and goes through the examination of his individualism and selfishness. Despite all his logic, he gradually falls for the existential collective appeal of radical Islam and its demands for absolute (collective) “justice”. In time, be desires to become a suicide bomber and carry out a mission on his own terms.  He never quite gets around to questioning the idea of sacrifice (aka martyrdom) when demanded of him by someone else who is not going to make a similar personal sacrifice.  It is "proof of faith" perhaps?

The back-and-forth of all of this is not always clearcut: at one point, he is examining himself, has an epiphany, and then clips his own head. But the premise of the film, to use visual clues to map us through a psychological journey through right and wrong at the deepest levels, is fascinating.

The film shows clips of the fall of Saddam Hussein in 2003, with political consequences that will affect Bahta.

I wasn't aware that North Africa had a passenger rail system.

Koch Lorber’s site for the film is here.

For review of “Countdown to Zero”, see the entry today at my “Films on major challenges to freedom” blog (via Profile).

Wikipedia attribution link for map of Tunisia.
Posted by Bill Boushka at 7:35 PM