"Predator III" dumps its characters on an M-star planet 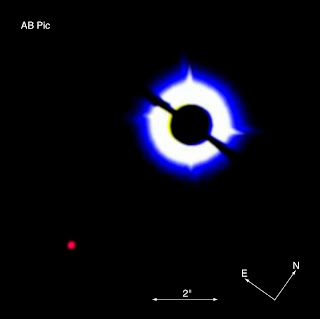 I don’t know of any other film where the major characters are airdropped onto a landscape to survive and don’t know that they are on another planet.

So it is, in Fox’s “Predators”, as we first see Royce (Adrien Brody) approaching the jungle below, and then the others, who, as in many “set-up” horror films (of the “Saw” variety) don’t know who everyone is and are faced with a puzzle. But soon Royce notice that the Sun never moves (pretty good observation; maybe mercenary soldiers or special forces would see that) – up to that point, it has been a bit like a “Restrepo” sort of movie where maybe Sebastian Junger could have been cast. But it’s getting scary, with enormous booby traps and bizarre monsters hunting them. Then they notice four big moons in the sky (they look too much like gas giants). So they know they are marooned.

Now astronomers say that M-stars are likely to have smaller planets always facing the same side, which would mean that at any point it is always the same time of day and same sun angle (unless there is some wobble). So the climate is mild around the fringe, too hot in the middle, and freezing on the other far side. Scientists also say that photosynthetic plants are likely to be blue, violet or even black near such stars. That’s not true here (the movie was shot in Hawaii). (AMC Theaters has an ad showing an audience in an outdoor theater on an M-star planet with blue plants, probably pretty realistic to what one would really find.) Later the film allows some nightfall, which contradicts the premise that the sun never moves.

As for the story – it brings to mind “Pitch Black” (2000) – but the characters find they have been put on a planet where their earthly behavior would make them normal. The planet is a game preserve, with larger aliens that can don metal suits and materialize from invisibility, and use laser beams.

Now one of my screenplays is called “Prescience”, and it would be a sequel to “Titanium”. Now there is some overlap, as I repeat the UFO landing at the beginning of the sequel, and take them to an M-Star planet with an annular same-side civilization. But what I propose is a train that runs a 10000 mile circle through all the “lands” as if the planet were a Disney theme park (not a game preserve), with each “kingdom” a closed society fixed at a particular point in history and technological development, so that the social structures vary, as well as does art and culture. Abductees are tested in a central synecdoche, and then shipped to the appropriate kingdom. But through telepathy they learn what has happened back to Earth, which has been knocked out by EMP. But the alien planet is approaching its expiration in the form of a nearby brown dwarf.

The sound track is stunning in DTS, and the closing credit offer a real concert overture by John Debney (after “Long Tall Sally”), which has some cohesion rather than being episodic. The movie sound track quotes Stravinsky’s “Rite of Spring” once. The film is directed by Nimrod Antal with distribution by Twentieth Century Fox (now in its proud 75th year – when does it become 21st Century?)

The film is regarded as third in the “Predator” franchise, which started with a Schwarzenegger movie in 1987, where the alien is in the Central American jungle.