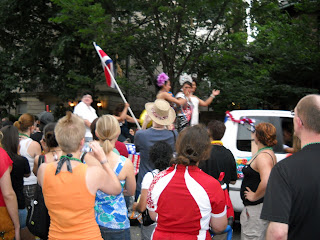 Oliver Stone is known for big controversial historical dramas like ‘JFK” and “Born on the Fourth of July” but here, in the minimalist documentary “South of the Border” (Cinema Libre and Muse), he goes on the road (where they play soccer, not baseball) and interviews previously elected presidents of six South American countries as well as Cuba. The list comprises Presidents Hugo Chavez (Venezuela), Evo Morales (Bolivia), Lula da Silva (Brazil), Cristina Kirchner (Argentina), as well as her spouse and ex-President Nestor Kirchner, Fernando Lugo (Paraguay), Rafael Correa (Ecuador), and Raul Castro (Cuba).

The film is brief, just 78 minutes, and not too visual, showing a lot of news clips, especially from Fox. The biggest emphasis is over Hugo Chavez, who tried to use the oil weapon during the Bush years, and who survived a recall attempt in 2004.

It’s interesting to wonder why South America developed as so many separate countries, compared to North America, but geography, with the impenetrable Andes, is one reason. In general, the heads of state tended to stress the return of property to the original owners – the indigenous and the poor. There is also a remark that US anti-drug policy seems disingenuous.

Oliver Stone appears often, a bit grizzled, as he conducts the interviews.

There have been many fine dramatic films about South American politics, such as the recent “Secret of their Eyes” from Argentina, as well as “Apartment Zero” and “Death and the Maiden”, or even “Missing.”

Website, with other films at distributor Cinema Libre’s webpage.

Picture below: From Mexico pavilion at Smithsonian Folklife 2010. 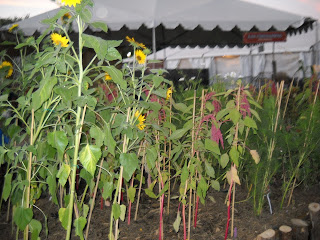