"The Last Airbender": A planet with the Four Kingdoms proabbly exists in some universe 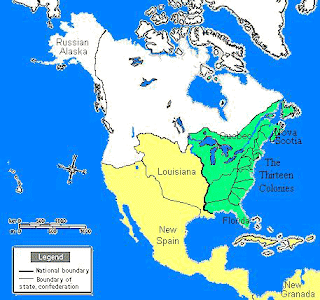 I suppose that in a parallel universe, perhaps a weakless one (without the weak force), there is a solar system and an Earth-like planet with four empires represented by Earth, Air, Fire and Water, with cities and villages that look more or less like a cross between feudal northern Europe and China a couple thousand years ago, and where technology is replaced by magic practices by successively reincarnating avatars. That’s the world of M. Night Shyamalan’s “children’s” (PG) fantasy, “The Last Airbender”. The young boy is Aang, played by Noah Ringer. He is discovered by Sokka and Katara of the Water kingdom, in polar reaches (shot in Greenland, as if this were “Smilla’s Sense of Snow”) , played by Jackson Rathborne and Nicola Peltz. They are late teen brother and sister, and the brother feels obligated to protect his sister (the script makes a lot of old fashioned cultural family values). The kingdom of Fire, signaled by huge smoke-belching ships that are fascinating to look at, threatens to conquer (and pollute) the rest of the planet, unless an avatar (not the Cameron kind) gets them under control. Fire has a young Prince Zuko, played by “Slumdog’s” Dev Patel, whose basic niceness (from the other film) comes through too much for him to be a credible villain, which he isn’t; it’s his father (Aasif Mandvi) who is determined to play Hitler.

The look of the film recalls “The Lord of the Rings” but is less delineated. The LOTR trilogy drew us in and made us believe in its world; other films like Eragon and this one are less convincing. Still, the 3-D is used with subtlety, not too much into pointing things at the audience, but rather giving a (Paramount) VistaVision like clarity (in combination with Cinemascope aspect ratio) to the scenery. (There is one scene in the Fire king’s court where the background remains fuzzy, apparently a technical error).  The separation of the four kingdoms somewhat recalls the four different planets in Frank Herbert's book and movie "Dune".

Nickelodeon Films, which emphasizes children's content, is one of the production companies (along with Paramount). Back in August 2006, a Sunset Script conference for screenwriters in Washington DC presented a program from Nickelodeon Films for apprentice writers.
The site for the film is here.

Wikipedia attribution link for Sobel North American Map in article on many worlds interpretation (from his novel "For Want of a Nail").
Posted by Bill Boushka at 5:40 PM