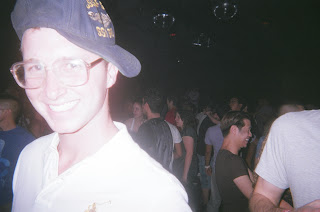 I sometimes wonder if, when we die, we are trapped in space-time in our last moment. If it was pleasurable, that could be a good thing; if we die during a nightmare from which we don’t wake up, maybe we stay within the nightmare and that dream state becomes a permanent experience.

I once had a dream of being led through a complex of low-rise complex buildings to a tunnel, and then being placed in a circular tunnel with no features, where presumably I could stay until the end of time.

In a sense, when we awaken for a dream, we have experienced something in another universe, and we may have experienced “pleasure” in an illegitimate way but we don’t have to face any consequences. We get to undo the reality of the dream and redo in real life.

That might not be so simple in a world where dreams can be hacked, or even implanted by “inceptors”. I’m reviewing the $160 million sci-fi splash from Warner Brothers and Legendary Pictures, “Inception”, which started today (on Friday afternoon, an AMC Tysons Corner Imax auditorium was about a third full)/ Leonardo DiCaprio, playing dream scientist ("Extractor") Cobb ( a protégé of a kindly professor played by Michael Caine), gets hired by an industrialist (Ken Watanabe) to plant dreams into his heirs (particularly the young Fischer, below) so that the company will have the desired future. He hires a mental whizbang played by (Juno) Ellen Page, and takes us on a trip into various worlds where “reality”, dreams, and “dreams within dreams” merge together. (Cobb gives her an IQ test on the street, to draw a maze that he can't solve.) 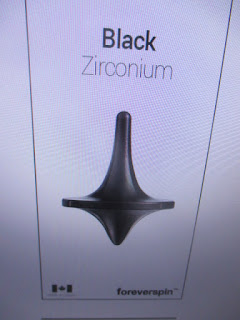 His assistant ("Point Man") Arthur is played by a precise Joseph Gordon-Levitt, and an industrial heir Fischer is played by Cillian Murphy who, however baby-faced, looks more “man” in this movie than ever before. In fact, in British director (and here writer and story originator) Christopher Nolan’s newest “trip,” the three main young adult male characters are all likeable the way you want them to be in a Smallville episode. The earlier “death” of Cobb’s wife (Marion Cotillard) in the dreamcatching career provides a plot point (as with DiCaprio’s character in “Shutter Island”).

The “alternate universe” effects generally are space-time experiments with the familiar Terra, as when Paris streets are folded into a three-dimensional box. The best effect occurs toward the end, where a Beirut-like cityscape is falling into the sea, but Cobb climbs into the remains of a city that is his alternate-universe home. The effect is not simply that of “The Matrix” trilogy or even the 1984 film “Dreamscape” (Joseph Ruben, 20th Century Fox), but rather predicts what “The First Dominion” in Clive Barker’s “Imajica” might look like before Man defeats God. (I hope Christopher Nolan has read that book and thought about filming it.)

The story gets into "dreams within dreams" (rather like Facebook "friends of friends" or maybe Clive Barker's "fish within a fish"), with the idea that you might never get out of it. You never remember how you got into a dream. 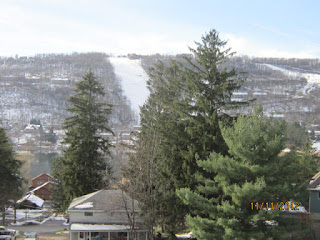 Nolan's story has a system of rules for the dreams:  there are several levels (at least three), and as you fall to deeper levels your sense of time expands.  You can live in Limbo forever and it may seem that a half-centry passes.  The action of the story passes through the dreams and levels of several characters, particularly Arthur (Joseph Gordon-Levitt), Cobb's business partner, and the heir Robert Fischer (a pun on the chess player?), Cillian Murphy, and Eames (Tom Hardy), as well as Cobb's deceased wife Mal (Marion Coitilard) whose death she she didn't realize she was returned from Limbo has led to Cobb's criminal charges, a concept that drives his deal with the aging tycoon Saito, who wants to use Robert. The action in the various dreams and levels always matches up, with the appropriate "kicks" sending the characters from one character's dream and level to the next.  The Limbo world (the Beirut-like scene) is particularly effective visually, as is the mountain castle.  The whole system sounds programmable in a way that could generate a patented computer game (and maybe a LasVegas casino).

The orchestral music score by Hans Zimmer is reminiscent of Alban Berg (especially from the opera Lulu, giving this film the effect of opera) and uses a ground bass theme of repeated notes in snarling brass, with meandering chromaticism, to great effect. The music provides a concert overture during the closing credits, interrupted by a French song before returning for a crashing close.

The official site for the movie is here.

Picture: From a disco dance (not in the film).

Update: Last night, I dreamed that I went to a particular Church function, was told to go change into vetements and had to go into a staged nature park and change out of sight of others along a hidden hiking trail; then when I returned, I would be illuminated, and then given a prophecy (maybe several).  Some of it came true today.  Maybe "Inception" has started for me.

At the very end, the "thimble" has not fallen. Did Cobb ever make it all the way back to life?

I did purchase the BluRay DVD from WB 18 months ago. There is a backup copy of the movie for iPod load, and that is fortunate.  I damaged the first copy accidentally because the way the spindles in the box are designed, it's easy to insert the top one wrong; and apparent I scratched it.  It's lucky that there is a free backup.  If you get one of these from WB, pay close attention to how the discs are to be returned to the package or they can be easily damaged. 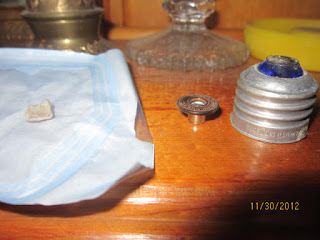 Would one of the above make me a totem?  The item on the left is an extracted broken tooth, all cleaned up.
Posted by Bill Boushka at 5:21 PM