"The Girl Who Played With Fire", 2nd of the Millennium Trilogy from Sweden 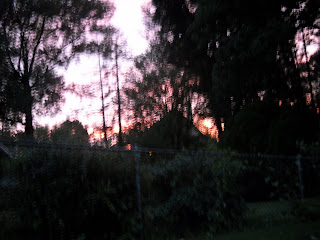 The Swedish “Millennium Trilogy” based on novels by Stieg Larsson seems to create a genre of in-your-face thrillers, with a little more plotting than in a film like “Salt” which might seem to belong to a related genre. I thought Sweden was a kinder and gentler place than in these films.

Indeed, the second of the series “The Girl Who Played With Fire” (“Flickan som lekte med elden”) leads into a backstory about the Cold War, the KGB, spies, and even neo-Nazis. It continues the “heroism” of Lisbeth Salander (Noomi Raplace), a lesbian with karate skills and some tattoos, and a male-like propensity for computer hacking.

Meanwhile, publishing magnate (“Millennium”) Mikael Blomkvist has been approached by a journalist to investigate the sex trade between Russia and Sweden. When the journalist is found murdered, Lisbeth is a suspect, and sets out to save herself. Her search leads to shocking family secrets and intra-family conflicts, one of which had led her to set someone on fire.

The critical elements of the denouement come about as back-story in conversations and particular flashbacks, which may make the film’s structure seem a bit artificial.

The film is directed by Daniel Alfredson, and was shot in regular 1.85:1 ration. I have not seen the predecessor “The Girl with the Dragon Tattoo” (“Män som hatar kvinnor”) , directed by Niels Arden Oplev, which imdb says is filmed 2.35:1. The second film is slightly shorter than the first, but still runs over 2 hours.

The film is distributed by Music Box (produced by Yellowbird) and has this site.

There is talk that the trilogy will be remade in the US in 2012.  Because Lisbeth is so Bella-like, Kristen Stewart has been suggested as the actress. Will this project fall to Summit Entertainment?  It could have picked up the Swedish films if it had wanted to.
Posted by Bill Boushka at 6:39 PM