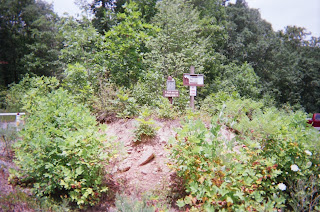 In reviewing another film a while back (“Killers”), I mixed up “Enough” and “Entrapment” in making reference to other films, and found I had never seen Jennifer Lopez and her “heroics” in “Enough”, directed by Michael Apted.

The film starts in an LA diner where her character Slim Hiller, working as a waitress, is party to a bizarre confrontation by two male patrons, like which I have never seen. The apparently protective behavior of magnate Mitch (Bill Campbell) drives her into his arms with marriage and a baby. The film treats us to labels for each progression of the relationship, until she catches him accidentally with a cordless phone mishap. Suddenly, he becomes the abusive husband, and as she flees around the country like a femme in witness protection, he sends goons after her (pretending to be fibbies). Eventually, she catches up with him back in LA and, having learned karate, does what she has to do.

The film comes across as a stereotyped thriller (albeit about spousal abuse), rather formulaic screenwriting (by Nicholas Kazan), with “have-to” confrontations and escapes set up all the time. But no one is believable or likeable enough to draw us in, so the film misses the mark of what could have been a pseudo-Grisham-like thriller.